Nancy Madore, author of the urban fantasy/thriller The Hidden Ones, answers questions about her inspirations and writing process. Visit her website, Find her on Google Plus, or Follow her on Twitter. 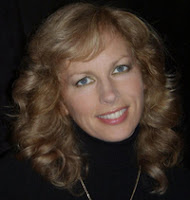 The Hidden Ones is about a modern woman, Nadia, whose life is interrupted when an ancient secret society kidnaps her, thinking she’s the demon Lilith. What was the inspiration behind her character?

Nadia was inspired by the modern day woman. She’s the ideal American professional we all admire. She’s responsible, hardworking and appropriately involved in world events. She’s proud of her accomplishments. She has no real motivation to look beyond her considerable achievements in search of something more meaningful. Though she may, at times, question her decisions, she’s afraid to stray too far outside the formula that, so far, has been working so well for her.  And then one day she’s kidnapped and thrown into a situation that will shatter her beliefs about the world and her position in it. She’s forced to consider opposing points of view. And she’s challenged to step outside her comfort zone in deciding what’s wrong and what’s right. This doesn’t come easy for her, and she’ll struggle with this throughout the series.

Much of The Hidden Ones takes place in flashbacks. Nadia recounts the story of her grandmother, Helene, who in turn learns of Lilith’s story from the demon herself. Why did you structure your novel this way?

I wanted to connect the past to the present and this was the best way I could think of to do that. I’ve always been a history buff, and I think part of my fascination is with how it’s still affecting us today. Our religions, our wars—even our favorite scary characters on television—all have their origin in that ancient world.

Where did the idea for the novel come from?

This novel has been brewing inside me for many years. I think it started in childhood, when I was first introduced to the Bible. Growing up in a religious household, I read the Bible in its entirety before I was an adult. It’s an intriguing book. Though I’m not religious today, I’m still enamoured by this incredible history book, which, for all of its faults, gives us a keen insight into the people who lived during that important time in our history.

In The Hidden Ones, Lilith is portrayed as a warrior princess of sorts. What inspired this approach to her story?

The myths about Lilith are extremely negative, indicating that she was hated. As well, the amulets used to ward her off—even centuries after she died—lead me to believe that she must have been tremendously feared, and probably wielded great power. The men who wrote about her had very strong opinions about how women should act. Something about her enraged them, shattering their paradigms of the perfect female. Lilith had to have veered pretty far outside their comfort zone. She was undoubtedly strong, and maybe a little vengeful. Most significant is her fame. She is, perhaps, the most notorious woman to come out of that era, aside from Eve.  Whatever she did, it had to be big.

How much of the mythology in The Hidden Ones is based on pre-existing legends? What kind of research did you do to set up your world?

Over six years of research has gone into this series so far. I’ve tried to stay pretty true to the myths and other historical accounts. In cases where the ancient accounts conflict, I try to find common ground and I’ll use that. There are huge gaps in the ancient accounts, so I am still left with a lot of room to create.

What was the most challenging part of writing your novel?

My house was robbed just as I was finishing The Hidden Ones. The hard drive I used for back up was still attached to my laptop when it was stolen. I lost almost everything. Luckily, I had upgraded my computer within a year or so, so I had my notes and a few early chapters in my old computer. But it was devastating. I actually considered giving the project up. I went through a few weeks of depression and then rolled up my sleeves, took a deep breath, and went to work. It may have been a blessing in disguise. Throughout the initial writing of The Hidden Ones, I recalled wishing I had started with the past and worked my way to the present, instead of the other way around. That’s just what I did with the second writing of it…and I have to say I like it much better.

Whose story did you most enjoy telling—Nadia’s, Helene’s, or Lilith’s?

Definitely Lilith’s…although I really have enjoyed each of them. Helene was especially dear to me. Nadia’s story is really just beginning. Both she and Lilith will return throughout the series.

Your author bio says that before writing The Hidden Ones, you wrote erotica. Why did you switch genres?

Having many interests, I don’t like being tied down to one thing. Beginning my career with erotica was really a marketing decision. When I first started writing, things were really heating up in the media. Nancy Friday was dominating the bestsellers list with books about women’s sexual fantasies, and stories of Monika Lewinsky were dominating the news. Everybody was talking about sex. I thought this was a perfect time to do something fresh and unique with it. I’ve always felt that the media panders to men when it comes to sex, so I came up with ‘female friendly’ erotica, which focuses on eroticism rather than female stereotypes and the objectification of women. This required a great deal of research, which took a lot of time, and then, just about the time I finished Enchanted, nine-eleven hit, putting sex on the back burner for the next decade.  But in spite of this, Enchanted became a bestseller, spurring Enchanted Again and Enchanted Dreams. Throughout this period I had been gathering information for a historical series about the angels. Enchanted Dreams gave me that little push I needed to begin the Legacy of the Watchers series, because I really enjoyed writing those dark, supernatural elements into the erotica.