The most flattering feedback I've received for Artificial Absolutes...

…has got to be this: https://sites.google.com/site/eyalmozesonobjectivism/artificial_absolutes_intro. It's a philosophical essay inspired by Artificial Absolutes -- the themes of man versus machine, sentience, and emotion. While the essayist, Eyal Mozes, and I don't necessarily see eye-to-eye on all matters, I'm thrilled that my book sparked this kind of thought-provoking writing. 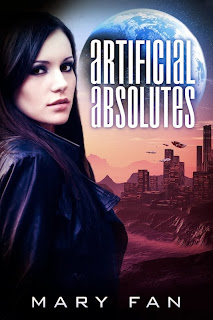 When I set out to write Artificial Absolutes, I initially focused on the adventure element -- the plot, the characters, and the crazy things they go through. But as I delved further into the writing, I found myself thinking about all the questions surrounding the various ideas I had women into the story -- primarily religion, artificiality, and consciousness. Which led to lots and lots more research and background reading than I anticipated going in. By the time I finished my first draft, I found myself not with the pulpy space fugitive book I'd planned, but something I hoped was a little more. Not that there's anything wrong with pulp; in fact, it's still pretty pulpy, which I'm glad for because otherwise it'd be a snoozefest. But despite all the rewrites it required as a result, I'm glad I let it go in a more philosophical direction.

Artificial Absolutes is meant to raise a few questions -- about what it means to be human and about what it means to be artificial. As for the answers… I won't pretend to have them. I don't think anyone ever will, and that's what makes the ideas so fascinating. Each character has their own views, and it's their views I present in the narrative, not necessary. Looking back, they do seem to coalesce into an overarching argument, and I think that's because the characters -- especially Jane, Devin, and Adam -- are necessarily cut of a certain cloth for the sake of the story (they all do crazy things against all reason).

I found Mozes's essay, written from an Objectivist point of view, to be thoroughly fascinating, and I highly recommend that people read it for its interesting and well-informed presentation of its point of view, much of which draws from Ayn Rand, the original Objectivist. (And no, this is not a marketing ploy on my part. I met Mozes briefly at DarkoverCon but didn't even know he bought Artificial Absolutes, let alone read and thought about it. In fact, encouraging people to read his essay is bad business for me, since it's chock full of spoilers -- a necessity, considering the themes and subjects he discusses.)

Being told one's work has inspired another -- that is by far the highest praise an author can ask for. 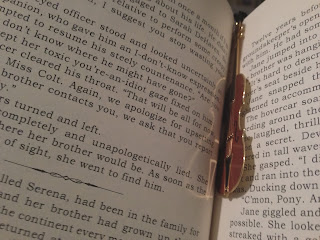 [reblogged from my Tumblr]

I'm about to embark on a new writing project after months and months of editing, which has got me all tingly with excitement. Much as I love my current world's, there's nothing quite like nurturing the first seeds of an idea (look at me, being all metaphorical!). This is perhaps the only part of the writing process that's pure fun -- just letting the ideas loose without having to worry about logistics, dumping it into a "brainstorm" document, and deciding to figure out the details later. Look at all this cool stuff that's going to happen! Look at this awesome world it's going to take place in! Look at all these fun characters I get to play with!

Then, the hard part comes. Untangling plot lines, connecting the dots, expanding the world... and naming things. For some writers, names of characters, places, and more come naturally.

As I'm sure everyone knows, names are important. They're an inseparable part of who a character is, giving a reader a first impression and an aura of sorts. Some writers will choose to leave a character unnamed, but even that gives the reader a certain feeling about who the character is. For instance, female character with a long, flowing name often leaves the impression of one who is lovely and elegant -- like Aurianna or Isadora. A male character with a hard, monosyllabic name leaves the impression of one who is tough and down-to-earth -- like Jack or Mike.

I tend to overthink things, so when I name a character, I can't just chose something I think sounds nice. I wonder: What does this say about my character? What does it say about the people who named him/her? What's the first impression it would give about this person?

I'm also extraordinarily bad at coming up with things off the top of my head. So, now that I have a basic idea for my world, I get the lovely task of scouring baby name websites hunting for something that fits the images of the characters I have in my head. From past experience, I'll probably end up with something entirely different from what I set out to look for. Names, in a way, are like true love. When you find the One, you just know (two figures of speech in one blog post? I may be a poet yet).
Posted by Mary Fan at 8:10 PM 6 comments:

Shadows and Secrets: My Outsiders Series 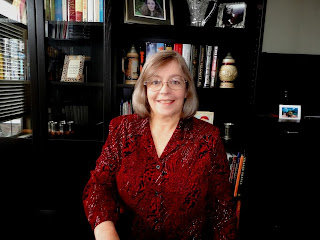 Thanks for inviting me to your blog, Mary. It’s an honor to be here and to talk about my writing. My new novel, In the Shadows: An Outsiders Mystery, is an unusual mystery novel because it has two mysteries. If you read many books in the genre, you’ll know that most mysteries begin with a murder (or kidnapping) Mine does not. It begins with a young woman, who is trying to find a job in Paris, France, while keeping her identity hidden. In the second chapter, a half-American/half-French man, Dave, is trying to deal with his sneaky grandmother who lied to him to get him to visit her in France. The characters are complicated, and the setting is most definitely unusual. The main setting is a fictitious hillside village riddled with caves and troglodyte cave-dwellings, known locally as troglos. What I tried to do was tie together the setting, the characters, and their situation, at least in some ways. The story is about trust, belonging, facades, and murder.

The original version of the book was one of my early books. The main female character, Maura, was the protagonist. But even back then, I knew instinctively that the male lead, Dave, was the better choice as protagonist. At the time, like many new authors, I had difficulty creating believable protagonists of the opposite sex. I decided to set that book aside while I studied and practiced the writing craft.

Several years later, once I was a more experience writer, I began work on a sequel to that book. But this time I wanted to create a more traditional mystery plot. The sequel would take off where the first one ended, or a while after. When I started writing it, I wasn’t sure what I would do with these two books. Maybe publish the second book, I thought. Then if people liked it, I could rewrite the first book and publish it as a prequel. Well, that second book was a breeze to write. It took about three months. After a quick edit with an editor friend, I sent it out to agents and publishers. It drew interest and was snapped up. 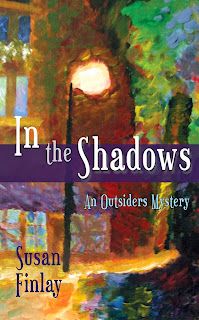 Flash forward a year. By now, I had decided to go the indie route for publishing. I’d completely rewritten the first book, making Dave the protagonist. Those years of hard work—and a couple of mentors—had taught me a lot. It probably helped that I had two editors who were male. I published In the Shadows at the end of October and it’s received 6 five-star reviews so far. Now I’m preparing the second book for publishing. That book will be titled Where Secrets Reside: An Outsiders Mystery. I made sure that I carried forward any changes from the first book and then I did a line edit. Now someone is reading that book. He’s only read three chapters so far and he says he really likes it. The sequel is slightly shorter than the first book, and it is very fast paced. It’s more complicated, too, with more than a dozen point of view characters. It has flashbacks, multiple story-lines, and more scenes inside the caves and troglos. I loved working on both books. I hope people will love reading them, too.
Posted by Mary Fan at 8:03 PM No comments: