I’m super excited to be retiring to Farpoint this weeken! Here’s my con schedule:

11AM The Ladies of Star Trek: Enterprise
Salon A

Between panels, you can find me hanging out at the Crazy 8 Press table!
Posted by Mary Fan at 10:22 PM 1 comment: 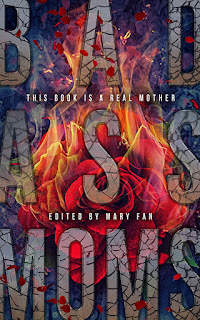 Hey everyone! I've partnered with the Crazy 8 Press crew to put together BAD ASS MOMS, an anthology featuring 20+ stories spanning multiple genres. As the editor, I gave authors only one criterion: that their story be about a bad ass mom or mom figure, whatever that means to them.

We just launched our crowdfunding campaign, and we need your support! Any amount will help, plus we've got some great rewards for backers. Get signed books! Your name in the acknowledgements! A character named after you! Click here to check out our Kickstarter page.

Or, if you're not a fan of Kickstarter, click here to see the direct PayPal alternative.

For more about the impetus behind this project, see my post on the Crazy 8 Press blog.

We're off to a strong start, but we've got a long way to go. Please help me spread the word :-)

COVER REVEAL: Song of the Spirits (and other tales of curious and forgotten lore) / T. Damon

Today, I'm helping to reveal the cover of T. Damon's SONG OF THE SPIRITS! Isn't it awesome?? 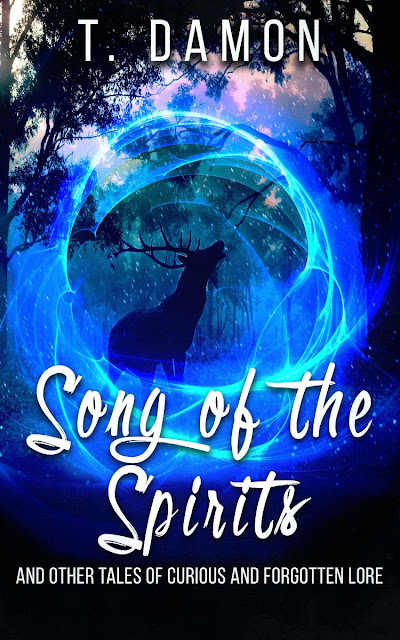 An enchanting collection of stories and poems from T. Damon, author of the Forest Spirit series. Included are her short stories featured in the Snowy Wings Publishing anthologies: "Little Rue" from Magic at Midnight and "The Desperate Warrior and the Beast Who Walks Without Sound" from Perchance to Dream. Also included is the exclusive, first-ever Forest Spirit series short story: "Song of the Spirits," as well as many other surprises. Lose all sense of time and embark on a journey through the magical worlds of T. Damon!

Add it on Goodreads 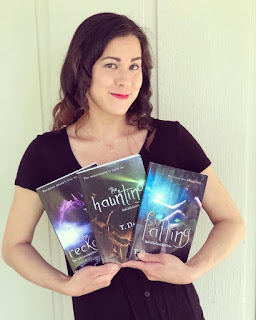 T. Damon has been imagining new tales and bringing them to life through her writing since she was a young girl growing up in Burlingame, California. Though oddly enough, most of her professional life has been in the zoological field, where she volunteered at the San Francisco Zoo and worked as a tour guide at Safari West in Santa Rosa for many years. T. Damon always assumed she would make her career in the animal field, as she holds a Bachelor’s degree in Zoology, but her passion for writing was a fire within her heart that was not to be ignored.

Aside from writing, in her spare time she enjoys studying astrology, tarot, and anything magical or mystical. But since having any free moments with a toddler is rare, T. Damon mostly spends her days raising her young daughter, Lenore, and tending to her husband Mark and numerous pets at their home in Santa Rosa.
Posted by Mary Fan at 7:00 AM 2 comments: