An interview with author Raquel Rich.

Hamartia was the first story I wrote as an adult. I unknowingly suppressed my love of writing when I was twelve over an uproar when Lisa, a fictional young rape victim in one of my stories, killed herself.

As a first time author, I was scared Hamartia sucked. Most authors don’t publish or do anything with their first works, so why would I be any different? However, to my surprise, Hamartia won the grand prize in a writing contest sponsored by Words Matter Publishing and also received a glowing review from Kirkus, a highly respected industry journal.

I honestly couldn’t say. Writing wasn’t something I planned, it was something I stumbled over. I didn’t mean to write a book, at least not consciously.

Hamartia was born from a conversation between my son and me at the Science Museum in London, England. There was an exhibit on fears and phobias which explored popular beliefs, one of which was reincarnation. It got me thinking about the idea of a soul dying after enduring too many life cycles. What would happen? What if you could travel to a past life and clone a soul? A scene emerged in my head and I wrote it down, and once I did, it was like a dam had burst, unleashing a long forgotten love of writing.

Grace’s best friend, Kay, is by far my favourite character. She and I would get along like strawberries and whipped cream because I loosely based her on my real life best friend. Kay takes charge whenever Grace can’t. She doesn’t hesitate to speak her mind and has an infectious nature. What I love most about her is her quirky spirit, unwavering loyalty, and her ability to forgive.

I have many. I’m afraid to detail any of them for fear of giving the story away, please forgive my vagueness. I love the scene when Marc finally tells Grace exactly what he should’ve said to her long before. I find the confrontation between Grace and her best friend, Kay, to be endearing. I’m captivated every time I read the part when Grace finally reveals the significance of her dream. And the chase through the caves in the desert is an action-packed sequence I thoroughly enjoyed stringing together.

Plotting and problem-solving. I think I’m a bit of a mad scientist. I get a kick out of putting my characters into impossible situations and watching them squirm on the page. When I’ve had enough laughs at their expense, I help them out of the situation.

Hamartia took four years to write. However, I had a full-time day job and therefore only wrote on weekends. I also took lots of sabbaticals from the story, thinking it would never become anything. Now that writing is now my full-time gig, it’s a much quicker process. I managed to throw the first draft of the sequel together in a few months. On the other hand, revising and editing is shaping up to be the most time-consuming step regardless of having all day (every day) to work on it. Between each revision, I tuck the story in a drawer for weeks to let it rest. Fresh eyes are crucial to my process, so the resting period cannot be rushed.

I don’t have to suspend my disbelief in sci-fi because I honestly believe that anything is achievable with evolution. Humans are capable of the unthinkable and this both scares and awes me. Having said that, it annoys me that sci-fi and fantasy are often lumped together. I see them as completely different genres. In my head, fantasy is something that will never happen whereas sci-fi is possibly possible.

Madeleine L'Engle (A Wrinkle in Time) is my hero. Sci-fi is a male-dominated genre, and she rocked it in the 1960s.

I hadn’t planned for Kay to play such a big part in the story. There were many times that I would tell her (aloud), “Kay, you gotta go now.” And she’d reply (in my head), “If you get rid of me, you’ll regret it.” As for the plot, I was just as surprised with the twists I wrote as many of you will be when you read the book.

Grace’s nine-year-old son, Jordan, is dying. First, the Metagenesis disease will tear his soul from his body, and then it will kill him. Desperate for a cure, Grace agrees to take part in an illegal clinical trial cloning souls. Supported by her best friend Kay, the two embark on the ultimate “Vegas Vacation” to the past in search of the right soul to clone, racing against time to save Jordan’s life. But someone is trying to stop them and when they discover why, Grace must make a choice: let her son die or kill her husband. If she kills her husband she triggers widespread Metagenesis, sealing the fate of the human race with a new plague.


Humanity is counting on Grace choosing to let her son die.
Watch the book trailer HERE.

Today, I'm thrilled to help reveal the cover of TAR, a sci-fi novel by Taylor Hohulin! And without further ado... 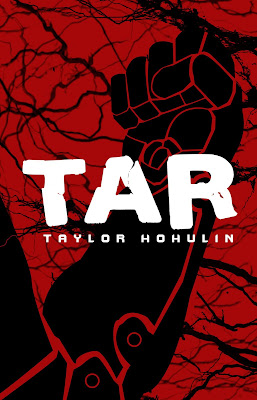 Isn't it cool? I love the bold colors!! Here's more about the book and the author...

Brendan Cobb calls it tar, but there might be as many names for it as cities left standing.

To some, it’s known as filth, or blight. Others call it the Black God in reverential whispers. Whatever name it takes, the effects are the same. Cities left in ruins. People turned into monsters. Living infections with no known cure. The best anyone can do is avoid it, but even that gets harder the more it spreads.

Brendan survives this waking nightmare by trading salvage for shelter and for repairs to his cybernetic arm, until a newcomer arrives, convinced Brendan is the key to ridding the world of tar once and for all. Reluctantly, Brendan and his mechanic join the newcomer on a journey across the desolate highways of a ruined world, where he learns the true history of the tar…and of the dark power inside him, which grows stronger every day.

Preorder it on Amazon: https://www.amazon.com/Tar-Taylor-Hohulin-ebook/dp/B07JYD65PS 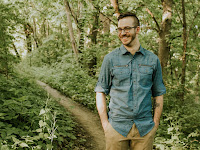 Taylor Hohulin is a radio personality by morning, a science fiction author by afternoon, and asleep by 9:30. He is the author of The Marian Trilogy, Tar, and other science fiction and horror titles. He and his wife live in Iowa, where they are owned by a dog and a cat.