Nigel Sellars, author of the Japanese epic fantasy Ukishima, discusses the mythology and research behind his novel, as well as his own inspirations. Find him on Facebook. 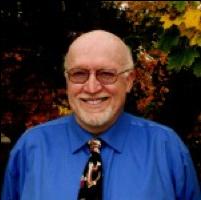 What does "Ukishima" mean?

Ukishima takes place in an alternate, fantastical version of Japan. What inspired you to choose this setting? What kind of research did you do in order to depict the culture and the lore?


I chose Japan for a number of reasons, one being that I happen to enjoy samurai films, and I’d read a lot about the history of samurai.  I also wanted to do something different.  I’m hardly a fan of high fantasy, but it seemed to me that increasingly fantasy writers were so heavily engaged with medieval, Western, Celtic and Christian lore, and its annoying absolutes regarding good and evil, as well as with trying to write either the next “Lord of Sha-na-na-nah” pastiche of Tolkein or the umpteenth version of Conan and other barbarians that the field seemed void of any hope and in danger of being terminally cloying.

I can’t tell you how many times I was sick of seeing or reading about unicorns and heroic little people with hairy feet.  So I decided to shake things up and do something different, with a different set of morality and values  of good and evil, and of less familiar and even alien mythologies.  In retrospect, I guess it was a bit arrogant on my part, but  then again I’ve always been something of a contrarian.

What I did do was decided to research the subject intensely. It helped that I was already a journalist and was working toward a doctorate in history—although not Japanese history—and the University of Oklahoma, where I studied, had a terrific historian of Japan, the late Sidney V. Brown, with whom I took a direct reading course and whom I thank in the dedication.  He was a fantastic teacher and scholar who had actually been honored by the Japanese government for his work.  He recommended some incredible material on the shogunate, especially the Tokugawa, or Edo, Period, which ended in the mid-1800s. That supplement my own research on the 12th century Minamoto Period and on ninjitsu.

The protagonist, Ichiro, is a man out of time and an honorable hero. What was it like developing his character?

Actually, Ichiro was a pleasure to create.  I don’t think I’ve ever had an easier time developing a protagonist.  He was a synthesis of Yoshitsune, the Minamoto warrior whose part of Japanese folklore and legend, and the 20th century Japanese novelist Yukio Mishima.  Mishima, who publicly committed seppukku, provided some of the background material for Ichiro’s personal history.  Then again, Mishima’s personality also heavily colors the character of my villain, Lord Taira.

Ichiro faces off with adversary after adversary, most of which are supernatural beasts and demons. How did you come up with so many creatures? How many were based on Japanese mythology, and how many were your own?

Actually, nearly all the adversaries are directly from Japanese mythology, from the dragons, to the tengu, and even the Ainu bear goddess.  What are probably my own creations are the demon in the rancid pool and the undead samurai.  Everything else is Japanese, even the segment about the gigantic spider, which is directly from a traditional folktale.  Another folk tale forms the basis for the ghost  episode toward the end where the young monk is protected by prayers painted on his body, except for his ears.  Even the part where the characters hide in the “honeypots” is taken from an event in the life of a famed ninja.  Oddly, I think I had more fun with that scene than with most others.

One aspect of Ukishima that stood out to me was that there are a handful of scenes discussing the blend between male and female. What inspired you to write about this subject?

Well, the idea of sexual or gender identity has long fascinated me, and it naturally fit right into the Japanese idea of futa, as exemplified in the transgendered hentai—Japanese pornographic cartoons—known as futanari, which feature hermaphrodite or transexual characters known as dick-girls.  This blend of the sexes is also at the core of  In and Yo, the Japanese version of Yin and Yang, which have definite masculine and femine attributes but must be balance for stability.  It’s not limited to the Japanese, as that fascination with the transgendered certainoly dates at least as far back as the Romans.

Another reason for this comes from the biographical material on Mishima I used in Ichiro’s back story, and from the fact that homosexuality among males is actually referenced, if a little obliquely, in bushido, the samurai warrior’s code.  It also shows up in early imperial Japanese poetry, so to ignore it would hardly have been true to the background of my novel.

Were there any parts of Ukishima that you especially enjoyed writing? Any that you found particularly difficult?

I enjoyed some of the earliest scenes, sent in World War II, where I got to write about the kamikaze pilots and the strange blend of bravery, loyalty, devotion, naivete, cold-blooded calculation and stupidity they displayed, although I suspect most warriors in most societies share that in greater or lesser degrees.

I actually wrote those quite a while back, when I briefly thought I wanted a degree in psychology and had a chance to work with chimps.  I volunteered to spend one night watching a pregnant chimp and alerting the staff when she began to deliver.  It was incredibly boring, so I used to time to just start writing.  Needless to say the chimp didn’t have her baby until several hours after my shift ended.
What I wrote became the start of the novel and part of the first 200 pages I submitted in a novel writing class I took.  I got an “A” in part because I’d gotten a lot written before I took the class.

And, as I mentioned earlier, I enjoyed writing the honey pot scene, which is part of the episode in which Ichiro and his cadre rescue the young emperor.  That was fun in part because the oafish, thick-headed, bumbling oni who guarded the emperor were just hilarious to make.

The most difficult sections I wrote during the time my first wife and I were getting divorced.  She was an American, well-versed in philosophy and a practicing Buddhist who spent time as a nun so she could tell me a lot about monastic life.  She was a wonderful person but unfortunately she was also extremely bipolar and finally I couldn’t live that anymore.  So I’d go to a local coffee shop near the OU campus in Norman and spend three or four hours writing in longhand in a journal, usually only finishing when the place closed.  I actually met a number of people who ended up as characters in my young  adult novel Chris and the Vampire, which came out in 2010.  Even the coffee shop itself makes an appearance.

If the god Hachiman whisked you away from Virginia and told you that you had to live in the Japan of Ukishima but could choose any lifestyle you wanted—samurai, monk, ninja, etc.—what would you choose?

Probably a scholar or teacher.  I’m essentially a non-violent person, so I’d make a terrible warrior. I dislike religion and love sex too much to be a monk, and I’m certainly not agile enough to be a ninja.

What influences your writing? Authors you particularly admire? Subjects you enjoy studying? Places that inspire you?

Surprisingly, I’m not influenced much by mythology, legend, lore, or religion.  My work usually reflects my interests in popular culture, twentieth century America, labor and social history, and, of late, the history of crime and violence.  My current non-fiction project involves a serial poisoner, bigamist, confidence man in early 20th century Chicago.  He was definitely not somebody anyone would find believable if he were a character in a novel.

I’m fairly eclectic as to writers who influence me.  My favorite writers include William Gibson, Bruce Sterling, Ursula K. LeGuin, and the late James Blish, whose A Case of Conscience remains one of the greatest science fiction novels ever written.  I also like Kathy Reich’s forensic thrillers and the overall wonderful nuttiness and hilarity of Daniel Pinkwater.  Non-fiction writers who inspire me include Erik Larsen (Devil in the White City) and Harold Schechter (The Devil’s Gentleman, and, Deranged), who writes historical true crime works and a series of novels with Edgar Allan Poe as the detective.

I’m just working out the characters and overall plot elements for an as yet untitled novel that I hope might become a series rather like Jim Butcher’s “Harry Dresden” novels, which I really enjoy but know I could never emulate, although I has inspired me.  The main character is a police detective who also happens to be a vampire (yeah, I know it sounds cliché) but he investigates horrific murders.  The novels are set in Oklahoma City, where I grew up, and the first book uses several real, very grisly murders that remain unsolved but may be the work of a serial killer.

I want to make these sort a noir, horror, and science fiction synthesis that makes Oklahoma City as sinister as any other city—which is actually not that big a stretch as it might seem. 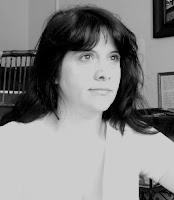