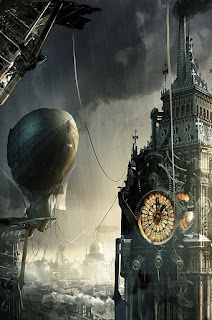 Today, I'm spotlighting one of the stories that will be featured in the anthology: "Chasing the Copper Dragon" by Karissa Laurel! This fun steampunk mystery follows teen sleuth Olivia Treadburn as she tries to solve a dastardly murder with the help of her best friend, engineer Johanna Mason. An independent, science-loving girl living in a steampunk version of Victorian London, Olivia is just the kind of heroine we were hoping to spotlight in BRAVE NEW GIRLS, and she's an absolute delight to read about. Spunky, smart, and courageous, she tackles every challenge with confidence and bravado. And the cool steampunk setting was loads of fun to dive into. Just wait till you see the illustration we've got for this one! :-D

TITLE
Chasing the Copper Dragon
AUTHOR
Karissa Laurel
STORY DESCRIPTION
An up-and-coming aeronautical design team has been challenged to build a faster and sleeker dirigible for Her Majesty's new Royal Air Force. But when one partner is found dead and their prototype is stolen, Olivia Treadburn and her best friend Johanna Mason use science and engineering to find the killer and thief. 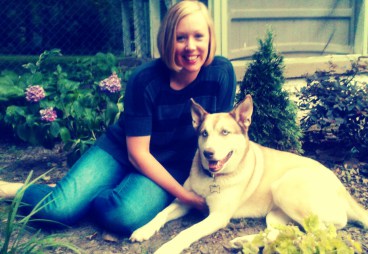 Karissa lives in North Carolina with her kid, her husband, the occasional in-law, and a very hairy husky. Some of her favorite things are coffee, chocolate, superheroes, and Star Wars. She can quote The Princess Brideverbatim. She loves to read and has a sweet tooth for fantasy, sci-fi, and anything in between. She is also the author of The Norse Chronicles, an urban fantasy series, and The Stormbourne Chronicles, a young adult fantasy series.

THOUGHTS ON BRAVE NEW GIRLS
While I've been blessed to have a life in which my curiosity and creativity was supported and encouraged, not all girls have been so fortunate. Contributing to this anthology is my small resistance against those social forces that would discourage feminine curiosity and creativity, both in the arts and in science.

VISIT THE BRAVE NEW GIRLS WEBSITE: http://bravenewgirls.weebly.com/
Posted by Mary Fan at 11:00 AM