An interview with author Chinedu Enechi.

My name is Chinedu Enechi, a graduate of Philosophy from University of Nigeria Nsukka. I was born into the family of Mr. and Late Mrs. Joseph Nwabueze Enechi. I’m the third son from the family of five, four boys and a girl. I started writing when I was in secondary school. It something I love doing. I see writing as a way of expressing my feelings and reaching out to people. There are things I can’t express through speech but I do that through writing. If am annoyed or happy, you will know that from my writing.

I find that I am happy when I write. My friends and family encouraged me.

Well my first idea was to write about my late mother, her early life and how she suffered to get where she was. Then I was in my first year at university and she was still alive. Then, I started talking to friends about the osu/olu caste system because it’s something I saw after school.

Among your characters, who’s your favorite? Could you please describe him/her?

My favorite character is Ifechidere. She is dark in complexion, has an oval-shaped face, and has long legs.

What’s your favorite scene from your novel? Could you please describe it?

My favorite scene was when Ifechidere and Uba got the go-ahead for their marriage. They had previously been prevented from doing so because of the osu/olu tradition.

Hmm… I don’t have a particular time-frame, but I started writing Ifechidere when I was in my first year in university. That was in 2008 and it was published in 2016. I’m not always in a hurry to publish cos one things can change within the plot.

Well I chose to write romance and include social issues, because of ill practices I have witnessed or heard about. It is a way of speaking against some ill-treatment on my follow human beings. I believe we should treat others the way we want them to treat us. 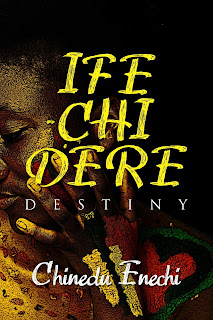 Yes. Sometimes I might not know how to begin a story but when I start, I end up writing pages or even chapters.

Ifechidere tells the story of a young, Nigerian woman who finds herself orphaned by the time she is six years old. The determination of the titular character, Ifechidere - which means 'destiny' - to thrive despite the absence of a fairy godmother, is based on the real life story of the author's mother, and will appeal to lovers of Young Adult fiction.

This is the Goodreads page. 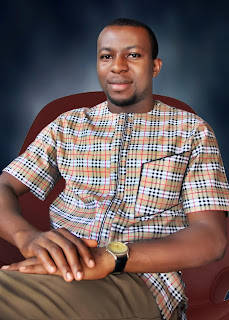 Chinedu Enechi is a Philosophy graduate of the University of Nigeria, Nsukka. He is also undertaking his MA studies in Political and Social Philosophy at the Nnamdi Azikiwe University, Awka. This is his first book.
He can be found on Amazon, Twitter and Facebook.