Today, I'm spotlighting one of the stories that will be featured in the anthology: "Hack" by Evangeline Jennings. Those of you who read the first anthology, BRAVE NEW GIRLS: TALES OF GIRLS AND GADGETS will recognize the characters of Georgie and Gracie — two teen girls living on board a spaceship in the future. "Hack" is a standalone sequel that sends the two off on a new adventure. After someone hacks their ship, the two of them, alone, must figure out how to fix it before time runs out. Georgie has been in a coma for years but whose mind is perfectly active and can travel through cyberspace, but because the systems are down, can't communicate with Gracie. I loved the tension created by the ticking clock, the mix of cyberpunk and space thriller, and the camaraderie between the girls (even though they can't communicate for most of the story, their friendship is felt). If you've read Jennings' story "Courage Is..." in the anthology, you'll love seeing the return of Gracie and Georgie -- especially Georgie, whose character gets a lot more of the spotlight htis time. And if you haven't, no problem! The story highlights an individual episode in the girls' lives. Though I highly recommend picking up the first anthology anyway... ;-)

STORY DESCRIPTION
In a standalone sequel to "Courage Is..." from the the first BRAVE NEW GIRLS anthology, Georgie and Gracie find their spaceship has been hacked and they only have 37 minutes left to live. With Georgie in the data realm and Gracie in the Real, and all communication channels down, the friends must work together to save the day. 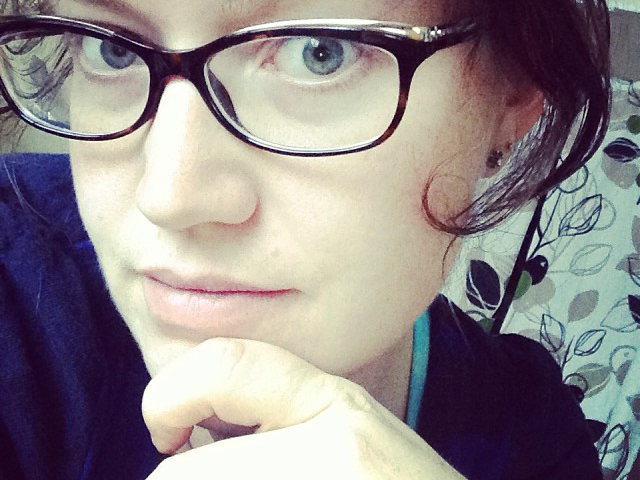 Like a free media and Muslims everywhere, Evangeline is an enemy of the American people. She writes for the Resistance, and her debut novel Burning Down The House imagines the shameful era of American Carnage which follows the rise of a tiny-fingered snake oil salesman. Sad!

THOUGHTS ON BRAVE NEW GIRLS
Evangeline Jennings knows nothing about science and frequently struggles with math. She wants her daughter to grow up in a different world.