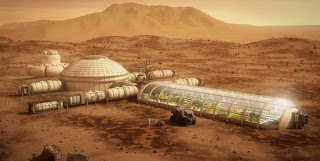 Today, I'm spotlighting one of the stories that will be featured in the anthology: "Dangerous Territory" by Holly Schofield. This story takes place in a future where the U.S. and China have both taken the space race to Mars, each forming their own colony. First of all, I have a soft spot for Mars colony stories, so I already knew going in that this tale was going to be awesome. The main character is a teen girl named Carly Starlight (how awesome is that?! Give the girl her own comic series!) who loves tinkering with vehicles. Well, I also have a soft spot for girl vehicle designers (my sister's on her school's competitive vehicle design team), so I was pretty much sold already. And when I finished the story, which is about Carly getting her pregnant stepmother to a hospital across Mars, I knew we had to have it. At its core, it's a story about family dynamics--the relationship between Carly and her stepmother. It's so full of heart, and Carly's bright, energetic voice really brought it to life. I absolutely adore this little story, and I hope y'all will too!


STORY DESCRIPTION
A teenaged mechanic and vehicle designer must get her stranded and pregnant stepmother across the Martian terrain to the colony before the baby is born. 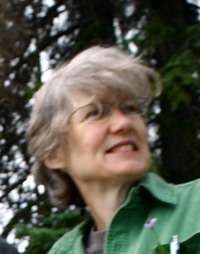 Holly Schofield travels through time at the rate of one second per second, oscillating between the alternate realities of city and country life. Her fiction has been published in Lightspeed's "Women Destroy Science Fiction," Tesseracts, Unlikely Story, and many other publications throughout the world. Upcoming stories will appear in Young Explorer's Adventure Guide and Analog. For more of her work, see hollyschofield.wordpress.com.

Website: hollyschofield.wordpress.com
Amazon: https://www.amazon.com/Holly-Schofield/e/B00JNBBYW0
Goodreads: https://www.goodreads.com/author/show/8166938.Holly_Schofield THOUGHTS ON BRAVE NEW GIRLS
When I was a little girl reading science fiction, all the protagonists were male. I knew something wasn't quite right with that but I accepted it for most of my childhood as 'just how things were.' I don't want today's young girls to experience that feeling of not quite counting. I think fiction (and the entire world) will be far better off once the intelligence, abilities, and contributions of 'the other half of the population' are equally represented.

VISIT THE BRAVE NEW GIRLS WEBSITE: http://bravenewgirls.weebly.com/
Posted by Mary Fan at 11:01 AM