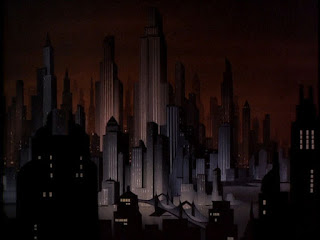 Today's spotlight is on Jelani Akin Parham's "The Experimental Bug -- First Test," a fun superhero story about a teen girl, Pilar, who develops her very own super-suit. As I'm sure y'all know by now, I'm a total sucker for superhero stories, and this one makes a fantastic addition to our Brave New Girls line-up! Pilar's clever, snappy voice drew me in at once, and it was super fun following her on her first big adventure as a superhero. She's smart, brave, confident, and persistent--she may not always suceed, but she never gives up, and I love that about her. By the way, she'll be starring in a full-length novel due out this summer (titled The Experimental Bug), and I'll be sure to scoop it up!

STORY DESCRIPTION
Teen genius Pilar takes her finished "Bug Suit" out for a test run, and after some unexpected glitches finds herself choosing between her own goals and what's morally right. 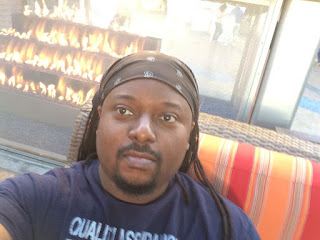 Originally from Southfield, MI, Jelani moved to Phoenix, AZ on the promise of “no snow ever again.” After earning his BA in Media Arts and Animation, he began working as a Freelance Illustrator / Designer, returning to school in 2010 to obtain his MFA in Creative Writing from Full Sail University.

During the day, he works as a Software QA Tester. At night (usually to the detriment of his sleep schedule), he toils away as an illustrator and writer on multiple projects. His debut novel, The Experimental Bug, is set to release in early summer of 2017. In his free time, he is an avid gamer, usually spending an unhealthy amount of time playing fighting games and participating in tournaments.

THOUGHTS ON BRAVE NEW GIRLS
The few lead female characters in media that exist tend to get pigeon-holed into stereotypical roles, and rarely are they involved with STEM as the lead character. As a writer hoping to help change that, being a part of this anthology is an honor.