When I began to write, one of the things I felt I needed to do was write combat scenes as realistic as possible. I’m not saying I wanted to write a forty-five second close quarter combat scene the same way Tom Clancy does—as a painfully detailed 10-page sequence. I just wanted to convey the fact that most CQBs, and indeed most combat situations, resolve themselves very quickly in real life and that was how I wanted to portray them. In fact, most real-life gun battles are over so quickly and often so lopsided that they would make horrible fodder for film let alone books.

When I began to write the combat sequences for Havoc Rising, I tried to describe them as authentically as I could, running through the sequence of events in my head and on paper. What I discovered is that a straightforward description of the event is actually boring--even if it’s a harrowing thirty seconds—and there’s most always too much jargon to make the text read easily. The flow gets totally bogged down. Then there’s the whole issue with a quick and dirty battle being uninteresting and, apparently, unbelievable. Thanks Hollywood. I was told I needed to be meaner to my hero and put him in more dire situations. My first reaction to that statement was bewilderment. Any close quarter combat situation is going to be dire. In fact, the longer it draws out, the more likely it will end badly for the attacking party. But I understood what was being said. Real life is one thing, but fiction, particularly Urban Fantasy, is something entirely different. After all, my hero is a 3200 year old warlord from the Trojan War, so what’s the big deal with authentic accuracy?

The other thing I learned is that accurately writing things like communications via com-links REALLY slows things down. The actual sequence of communications between operators on a team is often highly redundant and flush with jargon. I had to cut my dialog greatly to keep things moving in these situations. Again, I had to sacrifice accuracy for the sake of readability. It completely makes sense though and I now know why most writers who include such things in their books write them they way they do. 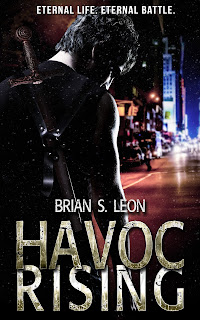 Eternal life. Eternal battle.
Steve—Diomedes Tydides to his Trojan War buddies—just had a bad day on his charter fishing boat in San Diego, but when the goddess Athena calls on her faithful warrior for another secret mission, he’s ready. The bomb that exploded inside the Metropolitan Museum of Art isn’t the crime American authorities think it is. Someone also stole the Cup of Jamshid, and Diomedes knows its fortune-telling abilities won’t be used for anything benign.
Though Diomedes recovers the Cup from a determined shaman holed up beneath Central Park, when he finds his allies slain and the Cup taken once more, he knows he’s up against a truly powerful enemy. Over a millennium has passed since Diomedes last contended with Medea of Colchis, deranged wife of Jason the Argonaut, but neither her madness nor her devotion to Hecate, goddess of witchcraft, has waned, and she intends to use the Cup of Jamshid to release across the world a dark brand of chaos unseen in human history.
Immortal since the Trojan War, Diomedes must once again fight for mortals he understands less and less, against a divine evil he may never truly defeat. 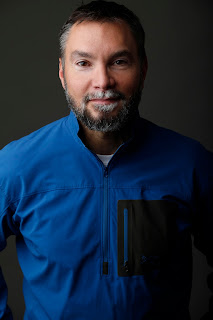 AUTHOR BIO:
Brian S. Leon is truly a jack-of-all-trades and a master of none. He began writing in order to do something with all the useless degrees, knowledge and skills--most of which have no practical application in civilized society--he accumulated over the years.
His varied interests include, most notably, mythology of all kinds and fishing, and he has spent time in jungles and museums all over the world studying and oceans and seas across the globe chasing fish, sometimes even catching them. He has also spent time in various locations around the world doing other things that may or may not have ever happened.
Inspired by stories of classical masters like Homer and Jules Verne, as well as modern writers like J.R.R. Tolkien, David Morrell and Jim Butcher, combined with an inordinate amount of free time, Mr. Leon finally decided to come up with tales of his own.
Brian currently resides in San Diego, California.