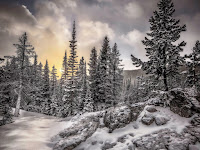 Today, I'm spotlighting Brandon Draga's "The Verne Shot," a steampunk adventure set in 19th century Canada. Sadie Ross, the daughter of a Mountie who lives out in the cold woods of Canada, loves tinkering and Jules Verne books. So of course, when her dad gives her a broken revolver, she fashions it into a laser gun. Only one problem: she can't figure out how to power it. I absolutely adore the old-timey setting of this story. Sadie's world really comes to life, and though the tech is steampunk, it feels like historical fiction. When Sadie's dad goes after a dangerous criminal, Sadie fears the worst and goes out after him, hoping to help. Of course, adventure and mayhem ensue. Though Sadie's a quiet bookworm, she's bold when it matters, and I can't wait for y'all to meet her!

STORY DESCRIPTION
​Sadie Ross, an inquisitive girl living in late 19th Century British Columbia, is a spirited inventor who is one breakthrough short of her greatest creation yet. When her father, a sergeant in the Northwest Mounted Police, vanishes on a mysterious manhunt, Sadie and her invention may be the only hope of seeing him home safe. 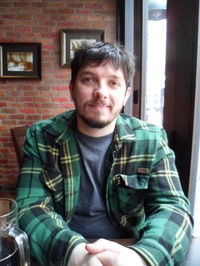 Brandon Draga was born and still lives just outside Toronto, Canada. Drawn to fantasy and world mythology at a young age, his interests segued into his pursuing a Bachelors Degree in History, only realizing years after the fact that he spent more time writing his own personal work than he did some of his papers. In 2014 Brandon released his first novel, The Summerlark Elf, as well as the fantasy children's book Dragon in the Doghouse (with illustrator Deanna Laver). When he isn't writing, Brandon enjoys skateboarding, tabletop games, and playing old punk songs poorly on guitar.

THOUGHTS ON BRAVE NEW GIRLS
I want to work toward a world where the "smart girl" is no longer a token trope, and where young women don't have to be reminded that they can be whatever they want when they grow up, because it is simply a fact.