Hey everyone! At long last, iiiiiit's COVER REVEAL DAY FOR STARSWEPT!!!! This sweeping YA sci-fi romance by yours truly will be released on August 29 by Snowy Wings Publishing. The cover features photography by Roberto Falck, with graphic design by Streetlight Graphics.

Without further ado, here's the cover! 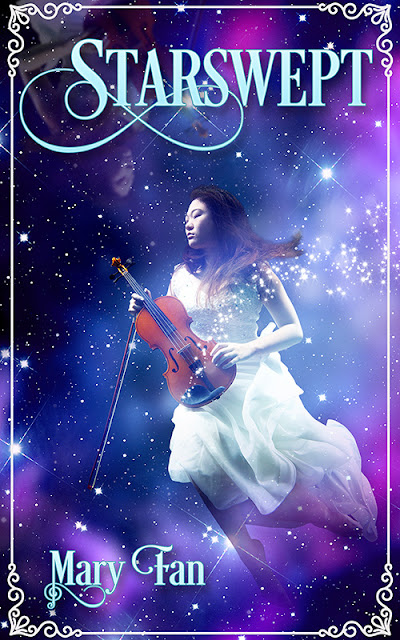 Who's the model, you may ask? That's my amazingly talented kid sister, Angel Fan! She may have gotten the gig through... *ahem*... connections, but she's actually uniquely qualified for it. Not only does she have the right look (that is, Asian American... it was super important to me to feature an Asian girl on my cover), but she also 1) Plays viola (so she knows how to hold the instrument) 2) Dances (good at posing) 3) Is a trained diver and experienced swimmer (the photo shoot was underwater).

I'll be back with a behind-the-scenes post soon! In the meanwhile, here's the book info :-D 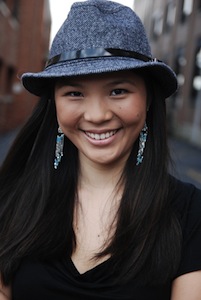 Mary Fan is a hopeless dreamer, whose mind insists on spinning tales of “what if.” As a music major in college, she told those stories through compositions. Now, she tells them through books. She is the author of the Jane Colt space opera trilogy, the Firedragon YA dystopia/fantasy novellas, and the Fated Stars YA high fantasy novellas. She's also the co-editor of the Brave New Girls YA sci-fi anthologies, which are dedicated to encouraging girls to enter STEM careers and raising money for the Society of Women Engineers scholarship fund.

Find her online at www.MaryFan.com.