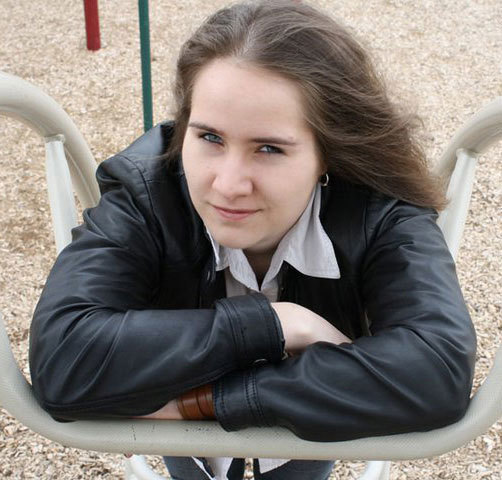 Absolutely, I am A.A. Jankiewicz though I also go by Agnes since referring to someone as the acronym for alcoholics anonymous can get a bit awkward in person. I am a Canadian science fiction and fantasy author and in my day job I am also a graphic and web designer for a group of construction companies.

I’ve always had a burning need to tell stories from as far back as I can remember being able to comprehend what storytelling was. Even before I could write my parents have videos of me drawing on the kitchen table and when asked what I was doing I answered with making a movie (In my head this was the equivalent of telling a story at the time, I believe I was about 3 or 4 at the time).

The novel I just released, Q-16 and the Lord of the Unfinished Tower, already had some premade basis from its predecessor Q-16 and the Eye to All Worlds. I knew the story had to continue after the first book and would do so for some novels after. The idea for part of the plot though first came to me after digging through some books in the basement I came across a storybook of a Polish legend called The Two Brothers and Two Towers which was about the building of St. Mary’s Church in Krakow. For some reason, it just clicked and the ideas started pouring out like no tomorrow.

If I had to pick just one it would be Puc Thanestorm, though the truth is I love all of my characters, good and bad, for varying reasons. Puc is a Water Elf mage from the city of Aldamoor who is charged with teaching Annetta and Jason about their abilities, always with a large helping of sarcasm on the side. I enjoy writing him because due to his long life, there are many emotions and memories I can pull on from him, things that with a younger character like my protagonists are not as prominent yet. This is not to say my younger characters are in any ways less three dimensional but that they are just teenagers.

I would have to say the final battle in the book and I will try to describe it as best as I can spoiler free. There’s a lot going on both internally and externally for the characters which was very fun to write. The scene cuts from character to character as they fight what they realize mid-way is a losing battle but continue to do so. Elsewhere, a second set of characters needs to decide where they are going to help the first group or to continue to engage in political games.

I would say the plotting, watching an idea grow in my head, evolve and take shape into the story it is to be. Dialogue is another, due to my background in film.

The first draft took me about a year followed by a year of edits and additional drafts. I generally start with point form notes and go from there. Since I also do my own cover design I also take care of that which on average takes me about two weeks.

I think what appeals to me most about science fiction and fantasy is the world creation process. My imagination has always gone to the beat of its own drum, so when I’ve tried to write something without paranormal elements to it, it would want to leak in and defy the logic of the real world. This is not to say that my science and magic does not adhere to their own sets of laws, even if at times to reader it might not seem as such depending on through whose eyes the story is being told.

There’s a few authors that come to mind; Brian Jacques, J.R.R. Tolkien, C.S. Lewis, R.A. Salvatore and J.K. Rowling. Their mastery of character and world building inspire me to write in the manner I do.

One book in particular had a large impact on me when I was younger and that was Martin the Warrior by Brian Jacques because it was the book that got me into wanting to read of my own free will. Reading prior to this for me was a chore, something I couldn’t see myself ever enjoying (especially as someone who had unidentified dyslexia at the time so everything just moved on the page). I found the book on a fieldtrip from my school to a bookstore and was intrigued by the cover art. I really wanted to know more about what was inside so I bought it only to realize it was above my current reading level. I wasn’t about to give up so easily however and I spent countless hours reading a thesaurus and dictionary I had in order to understand the meaning of all the words inside (word meaning disassociation is one of the less well known symptoms of dyslexia). Needless to say, I succeeded in finishing the book and from there, my love of reading was born.

I’ve had multiple characters over the years take on personas of their own, or rather, take over a scene where if they deemed it not playing out how they would react to it. Generally, these decisions are for the better I find so I’ve learned to trust their instincts and just channel what they tell me to write. Usually, they come back to where I would want them to go anyways. 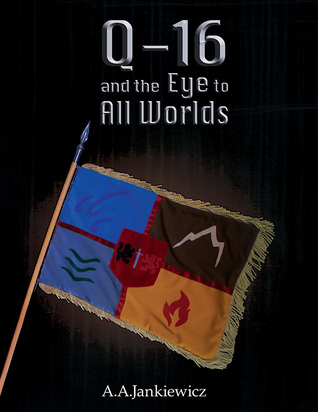 Q-16 and the Eye to All Worlds (Q-16, #1)
Headstrong, tomboyish Annetta Severio and her cynical, sharp-tongued friend Jason Kinsman are two teenagers from Toronto, making the most of their mundane existence.

Their world is forever changed when they discover that their fathers were once the protectors of a castle called The Eye to All Worlds located where the fabric of the universe is weakest, creating gateways to other worlds, hidden within the bowels of an underwater base known only as Q-16.

Learning of the threat of a warlord bent on conquering the multiverse, Annetta, Jason and their companions, Puc Thanestorm a cold, sarcastic Water Elf mage, Brakkus, a monstrous but kind hearted creature called a Hurtz, Puc’s apprentice Darius Silver, and a shape-changing young warrior named Lincerious Heallaws race to reassemble Annetta’s grandfather’s army, known as The Four Forces before it is too late.

"The lord of the tower has risen, and he is angry”

A year has passed since the events of the battle against Mislantus. Now, Annetta, Jason and their companions prepare for the end of their final year in high school. Dreaming of the future, they do the best they can to balance their time as the young commanders of the Four Forces and as teenagers.

Things are thrown off course, however, with the arrival of Annetta’s great-uncle and his proclamations which leave the members of Q-16 questioning their lives. Elsewhere, on Terralim, the home of the Water Elves, an evil amasses on the horizon, threatening to burn all in its path, forcing Puc Thanestorm away.

On their own and without the aid of their mentor, Annetta and Jason must navigate through a sea of decisions as they strive to come to terms with who they are meant to be.

ABOUT THE AUTHOR
A.A. Jankiewicz (known to most as Agnes) hails from the city of Pickering, Ontario. Her debut novel
‘Q-16 and the Eye to All Worlds’ was published as part of her thesis project at Durham College as part of the Contemporary Media Production Program. Prior to that, she graduated from York University with a BFA in Film Theory, Historiography and Criticism. When she’s not busy plotting the next great adventure, writing, doodling, tinkering in the Adobe suite programs or mellowing out with her friends, she enjoys walks with her four-legged companion Meesha. She is currently working on the next instalment in the Q-16 series.

Lulu - http://www.lulu.com/spotlight/aajankiewicz
Posted by Mary Fan at 9:00 AM