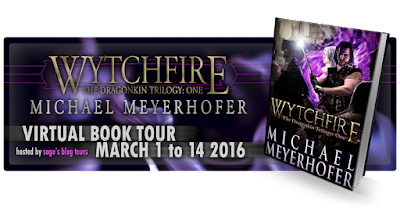 One thing that draws me to George R. R. Martin’s epic series, A Song of Ice and Fire, is that I prefer my epic fantasy with a serious dose of moral ambiguity and realism—especially when it comes to fight scenes. That’s because, for me, those realistic elements greatly heighten the suspense and make a technically imaginary world just a bit more believable. Nothing will make me abandon a book faster than a spritely hero effortlessly slaying a few thousand irredeemable orcs while standing on one foot and using his other hand to juggle health potions. It reminds me too much of how they film bad action movies, i.e. they simply have the hero run around in front of a green screen, lackadaisically waving his gun or sword, then they photoshop in all the dying bad guys in post-production.
That’s why I love the way Martin does his fight scenes. Yes, you have serial badasses like Jaime Lannister, Brienne of Tarth, the Mountain, and the Knight of Flowers… but you also see them lose from time to time. That, as much as Martin’s willingness to axe the occasional protagonist, is what creates suspense. Readers and viewers understand that no matter how quick and strong this character may be, he or she may lose the next fight—maybe fairly, maybe unfairly. And if they do win… well, maybe they won’t exactly do so in an honorable fashion.
That’s a principle I’ve tried to build into the books of my Dragonkin Trilogy. The bad guys aren’t always bad, nor are the good guys without flaws. By the same token, the good guys most certainly don’t always win. No spoilers, of course, but in the most recent book, Knightswrath, readers are treated to more than one fight that’s decided in a decidedly ignoble fashion. And if anything, things only get better (or worse) when you get to the trilogy’s conclusion, Kingsteel, in which the final face-off involves the sudden, disastrous appearance of… oh, wait, never mind.  J 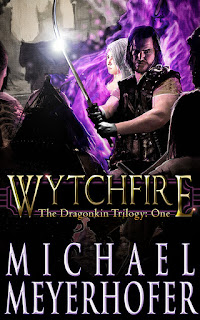 In a land haunted by the legacy of dead dragons, Rowen Locke has been many things: orphan, gravedigger, mercenary. All he ever wanted was to become a Knight of Crane and wield a kingsteel sword against the kind of grown horrors his childhood knows all too well.
But that dream crumbled—replaced by a new nightmare.
War is overrunning the realms, an unprecedented duel of desire and revenge, steel and sorcery. And for one disgraced man who would be a knight, in a world where no one is blameless, the time has come to decide which side he’s on. 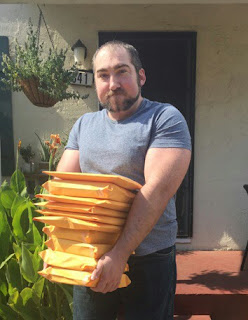 Michael Meyerhofer grew up in Iowa where he learned to cope with the unbridled excitement of the Midwest by reading books and not getting his hopes up. Probably due to his father’s influence, he developed a fondness for Star Trek, weight lifting, and collecting medieval weapons. He is also addicted to caffeine and the History Channel.

His fourth poetry book, What To Do If You’re Buried Alive, was recently published by Split Lip Press. He also serves as the Poetry Editor of Atticus Review. His poetry and prose have appeared in Asimov’s Science Fiction Magazine, Brevity, Ploughshares, Hayden’s Ferry Review, Rattle, and many other journals. He and his fiancee currently live in Fresno, California, in a little house beside a very large cactus.

Email ThisBlogThis!Share to TwitterShare to FacebookShare to Pinterest
Labels: Articles - On Reading