An interview with John Biscello, who's here to talk about his latest novel, Raking the Dust. 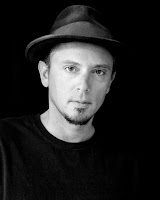 Welcome back to Zigzag Timeline! Can you tell us a bit about your most recent project?

It’s my second novel and it’s titled Raking the Dust.

Where do you draw inspiration from?

Oh, boy, there are so many sources. Literature and cinema are definitely two of my primary power-sources when it comes to inspiration, but also inspiration comes through the conversations I have with people, what they share and reveal about themselves and their lives …. I draw inspiration from music, which really lubes up my sensual and lyrical imagination … from working with children, their sense of play and wonder, their wonderful creative reasoning. Truly, the list could go on and on, as inspiration comes from so many angles, some of them unexpected. In regards to inspiration, there’s a great quote by Constantin Stanislavsky, that’s become one of those mantra-nuggets embedded in my brain: “Inspiration is born of hard work, not the other way around.”

What was the first idea you had for your most recent book, and how did the story grow from there?

I moved to Taos, New Mexico in 2001 (originally from Brooklyn, NY) and in experiencing many different life-changes, basically it felt like moving from one planet to another and undergoing radical assimilation to a new way of life, I always envisioned that one day I’d write a book set in Taos, and would try to reflect some of its eclectic and alluring character. In some respects, this town is like a high-desert Wonderland, with lots of ancient history. Anyways, my novel is primarily set in Taos, and while there are autobiographical elements fused with the storyline, it is a work of fiction. D.J., the female lead in the book, started as the main character in a play I was writing: Fall of the House of D.J. I wrote part of the play, set it aside, and when I began work on the novel, she found her way into the storyline, and developed as the character and romantic interest (of Alex, the protagonist) upon which the “love and madness” of the storyline hinges.

Among the characters in your latest book, who's your favorite? Could you please describe him/her?

D.J., real name: Dahlia-Jane Reese. She’s magnetic, mercurial, amorphous, charitable, and gravity-endowed. She is difficult to pin down in her rapid shifts from innocently childlike to sage-ancient to foxy-cunning. She keeps you on your toes, the kind of girl that implicitly demands a novel be written about her, or a song, or an entire album of songs. She is also quite haunted (from a childhood trauma) which amps up the intrigue factor.  For Alex. For me. For whomever decides to follow her down the rabbit-hole.

What's your favorite scene from your latest novel? Could you please describe it?

I love the scene in which Alex, who is about to part with his five-year-old daughter, Samantha, is releasing balloons into the sky with her. It is his way of ritualizing a goodbye, of helping her (and him) to understand that when things “fly away” they don’t necessarily cease to exist.

What’s the most valuable piece of writing advice you’ve received or stumbled upon?

“If you want to be a writer, write.” Not sure who said that, but I love simple, uncomplicated, direct suggestions that help cut away the bullshit and alibis, which are easy to drown in (the dreaded Bog of Rationalization).

How did you come up with your book’s title?

Well, Taos is a mountain-desert town and dust is definitely a part of its textural character. So there’s that. But really this notion of “raking dust,” or attempting to rake dust, which would be an absolute exercise in futility, appealed to my imagination. Some of the book’s themes: addiction, obsession, desperation, remind me of exercises in futility that wear down one’s vital energy and exhaust one’s soul.

What was the first serious writing project you ever worked on?

Well, I don’t know about “serious,” but when I was a kid I used to serialize different storylines, one featured a detective named Jack Booker, the other a super-hero named the Red Falcon. I always imagined that I had a big audience reading these serials, following my every installment, and would always end the story with preview-teasers of what the next installment would bring, to titillate and engage my imaginary audience. I think of those as serious projects, because kids are sacred-serious when it comes to play J

It’s been roller-coastery, and enjoyable. After splitting with one publisher, the rights to my first novel and collection of stories reverted back to me. I put those books back out as Kindle editions through Amazon, and the novel, Broken Land, a Brooklyn Tale, won Underground Book Reviews Book of the Year in 2014. Shortly thereafter, my present publisher, Zharmae Press, wanted to re-publish Broken Land, which they did last summer, and then agreed to publish Raking the Dust. I am thrilled that Dust, a book near and dear to my heart, is going to be exposed to the light of day.

What’s next for you?

Not exactly sure. I just want to keep writing, performing, staying creatively active in whatever ways, shapes and forms manifest. Do my intuitive best to be a good mate to my own soul, ya know? I love the idea of our lives being the most important work of art to which we can devote our energy and imagination.

In this rogue’s tale, full of sound, fury and erotic surrealism, we meet Alex Fillameno, a writer who has traded in the machine-grind of New York for a bare bones existence in the high desert town of Taos, New Mexico. Recently divorced and jobless, Fillameno has become a regular at The End of the Road, the bar where he first encounters the alluring and enigmatic D.J, a singer and musician. Drawn to her mutable sense of reality, the two begin a romance that starts off relatively normal. When D.J. initiates Alex into the realm of sexual transfiguration their lives are turned inside-out, and what follows is an anti-hero’s journey into a nesting doll world of masks and fragments, multiples and parallels, time-locks and trauma; a world in which reality is celluloid and what you see is never what you get.

FIND IT ON AMAZON
Posted by Mary Fan at 9:00 AM