An interview with Jeffrey Bolden, author of Lucid. 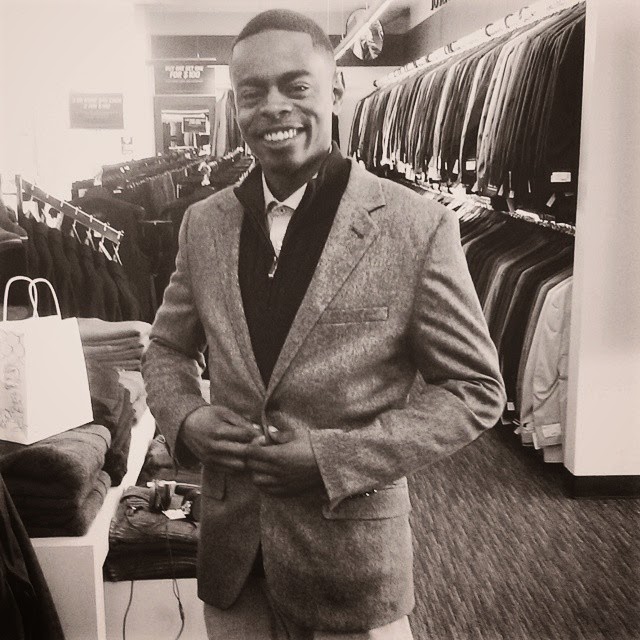 I’ve been writing for as long as I could remember in some form or another. I guess you could say I’m a quintessential artists of sorts. I started writing poetry at thirteen years old. I didn’t even really realize I had talent until Mrs. Jackson, my sixth grade teacher told me to never to hide it. It’s kind of the same way I got into writing fiction. I didn’t realize how good everything was panning out until I had a publishing deal on the table at eighteen. That didn’t work out, but it inspired me, you know.

Boredom really. I got in trouble a lot as a kid, so I spent a lot of time not doing what I would usually do at fifteen, sixteen, and just be in the house, writing, rapping, playing video games. But it was when my mama said I couldn’t go outside until I cleaned my room, I sulked off to my room, you know, like teenagers do, and I sat on my bed and saw this perfectly clean, empty notebook sitting on the floor. At first, I thought I was just going to pen a couple of songs or whatever, but then this picture came into my head. It was of an urban teenager shooting from inside of a McDonald’s in New York City, his bullets being covered with flames. And then inspiration. I was going to create the first truly hood superheroes, and at that time, G-Unit was big so of course, I had to have a 50 character. Ah youth.

Lucid actually started off as a script I called The Birds Pt. 2. I was listening to The Weeknd a lot at the time and as I was listening to The Birds Pt. 2, I found myself picturing the song as events. And the first scene I saw in my head was of a young blonde sitting at the curb bawling. I instantly knew what happened to her. I instantly knew all the characters, and it turned out that my inspiration was living with me at the time. It didn’t even feel like I was writing a script, more like a diary of the impossible.

Well, I don’t want to be bias toward Saint, the protagonist of Lucid, since he is loosely based on me, but to be honest, I would have to say Baugh is my favorite, because of the person who I modeled Baugh after is a real person. Needless to say he isn’t the character in Lucid, but there’s a couple of scenes where Baugh is openly trying to push Saint toward greatness, pushing Saint to realize his dreams as an artist. Baugh is the one that believed in Saint from the start, and it was so important that I included my brother as that character in this story because that is exactly what Baugh is to me in real life. A person who has believed in me since day one. I don’t have many, and it was an honor to be able to include an example of who my brother is to me in the story I am most proud of.

It’s so hard to pick a specific scene just because to pick one would be to take away from the scenes around the favored. All of them are great, embedded in my memory. But the scene that most eloquently conveys the message I wanted to be relayed from Lucid was the scene where Saint had realized he had become his father, and that the demon he had been trying to run away from was himself, which in a way relates to a passage on the first page. That glimpse of self-hatred is palpable, and then what Rocky does subsequent that entire scene is just powerful. I’m sorry for being so ambiguous but if I were to reveal the details, it would spoil the experience, and me, I’d rather you savor it.

I don’t really have a favorite part. What did Alonzo say? “To be a good narcotics agent, one must know and love narcotics. In fact, a good narcotic agents should always have narcotics in his system…” That’s kind of like how writing is. You can’t love writing if you don’t enjoy creating these characters history, crafting every part of their existence. Now I’ll admit, scenery boggles me, but I have made leaps and bounds only because I have plunged neck deep through the sludge and waddled through in search of perfection. And on that search toward that goal, I found love for every aspect of writing. That would be my advice for young authors and young men and women in general. If you truly love something, you love the good, you love the bad. Once you can say that about anything, you have found your passion.

It used to be a lot quicker, I can tell you that. My writing process is ridiculous. I simply write. I write histories of the characters. I have countless drafts. It’s mindboggling. The only thing that keeps me from going completely insane is the fact that diamonds emerge from the slush that is my writing process. At times, they may be cloudy, but they’ll still shine.

Lucid was actually my first attempt at psychological thriller because it was a script where my mentor/sister wanted to create a web series where the sleep apnea was the premise of it. In my script, originally, Saint, back then Pimp, killed Shana, back then Tae, was killed by Saint in his sleep because his father used to be him in his sleep. Needless to say, Lucid took a much darker turn, and because of the message behind it all and the multiple elements that craft Lucid, I decided to recast this piece as a literary piece. It’s still my first literary piece, so who knows, maybe I found my niche. But releasing Lucid terrified me.

Donald Goines. Ayn Rand. Mario Puzo. Brent Weeks. The Stormrider series. The Secret, The Magic, there are so many books I can name that have helped me develop myself as an author. Of course, I have my own voice or at least a developing one, but I’ve read countless books and with everyone devoured, I become that much better.

That entire book was a surprise. After several renames, the last name before Lucid was Greyscale, and it was so much tamer in comparison to what Lucid is now. The characters were detailed before, they leap at you now. The whole piece is cohesive and I had nothing to do with it. I blame Rachel Peterson for that. She is literally one of the best editors I’ve worked with, and she simply asked me one question. “Where’s the conflict in the first chapter?” And there it was. The last barrier to break down. As you know, the conflict came clearly in the form of Saint being in love with his adopted brother’s ex-girlfriend, having just murdered two people for their drugs and money, and deciding if he should attend the University of Tennessee or not. And all I did was sit back and type his madness on to the page. The crazy part is, Saint wasn’t even supposed to be the main character. It was supposed to be some kind of crazy love story. It just turned a little crazier, and Saint was definitely the right person to carry on the message buried deep under the constant revisions and touch ups. Hope you guys enjoy.