An interview with Brenda Vicars, author of Polarity in Motion. 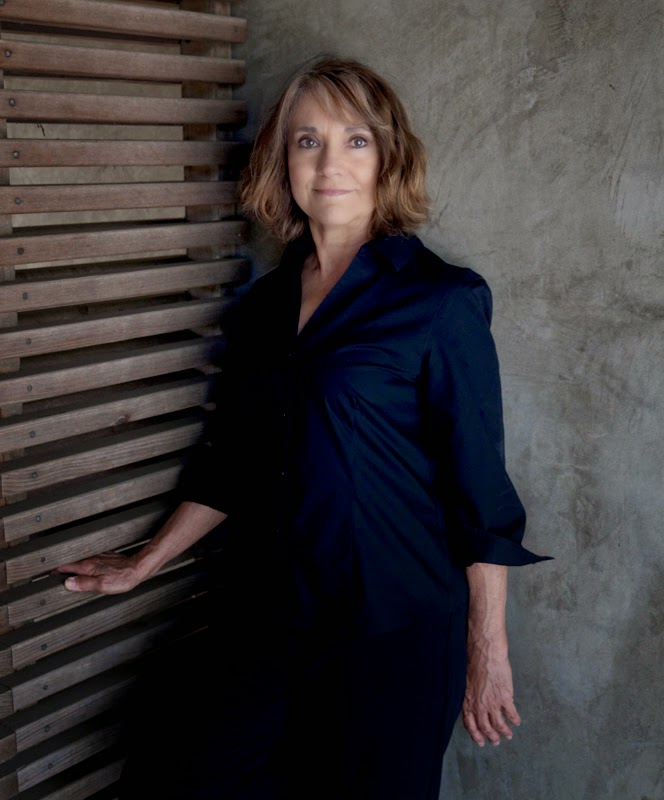 Fifteen-year-old Polarity Weeks just wants to live a normal life, but with a mother diagnosed with borderline personality disorder, that’s rarely easy. Her life gets exponentially more disastrous when her sixth-period history classmates start ogling a nude picture of her on the Internet. Polarity would never have struck such a shameless pose, but the photo is definitely of her, and she’s at a complete loss to explain its existence.

Child Protective Services yanks her from her home, suspecting her parents. The kids at school mock her, assuming she took it herself. And Ethan, the boy she was really starting to like, backpedals and joins the taunting chorus. Surrounded by disbelief and derision on all sides, Polarity desperately seeks the truth among her friends. Only then does she learn that everyone has dark secrets, and no one’s life is anywhere near normal.

Hi Brenda! Congrats on the release of Polarity in Motion! This story tackles a lot of hard-hitting issues contemporary teens face, particularly cyberbullying. Why did you choose this as the premise of your novel?

National headlines about young people being targeted by cyberbullying make this issue important to teens. Polarity’s story probes hard questions:  Where’s the line between victims and bullies?  What’s the role of adults—are they enablers, pawns, or something else?  How does a girl go on after being humiliated to the world?  Will a boyfriend’s loyalty survive?

Polarity's mother suffers from borderline personality disorder – something that is very hard on Polarity and her father. Why did you choose this particular disorder to write about, and what kind of background research did you do to create the character?

I gave a young co-worker a pre-release copy of POLARITY IN MOTION, and the first time I saw her after she’d read, she pulled me aside, lowered her voice, and with troubled eyes, she whispered, “Brenda, I think I know someone like Polarity’s mother.” My co-worker’s response is typical. Do an Internet search of “celebrities with borderline personality disorder.” Our lives are full of people who suffer and even fuller of people who tiptoe around the sufferers. I can’t imagine a greater challenge than having a parent who is afflicted. I felt compelled to tell Polarity’s story.

I read many books, blogs, and articles about the disorder. Three books that I found particularly helpful were I HATE YOU, DON’T LEAVE ME by Jerold J. Kreisman MD and Hal Straus, STOP WALKING ON EGGSHELLS by Paul Mason and Randi Kreger, and EVIL GENES: WHY ROME FELL, HITLER ROSE, ENRON FAILED AND MY SISTER STOLE MY MOTHER’S BOYFRIEND by Barbara Oakley.

Are any of the circumstances, characters, or locations of your novel based on the real world?

When I was a young administrator in a school much like Polarity’s, I had the duty of accompanying the drug-sniffing dog during routine searches. Typically, dogs don’t find drugs in school because users and dealers know schools will be checked. However, one day the dog alerted on a student’s backpack. I took the backpack and the student to my office where I searched and found a baggie.  My first thought was, “What if this student is innocent?  What if someone planted the marijuana here? How will I ever find the truth?”  Fortunately, the student admitted guilt and we moved on.  But from that day to this, I constantly mull over disciplinary procedures—fearful of a weak spot that could cause a student to be unjustly punished.  Polarity in Motion grew out of that fear.

At the heart of Polarity in Motion is an interracial romance between Polarity and Ethan, and race relations in the U.S. are touched upon at several points in the plot. What inspired you to explore this subject?

I wondered whether a white girl’s perception of white privilege would change when she fell in love with a black boy.

Polarity has a strong affinity for Emily Dickinson – something that earns her praise from teachers but jeers from schoolmates. Why did you choose this particular poet for your character to focus on?

I love Dickinson’s vision. So I was dumbfounded when I learned she believed the Irish should be scientifically exterminated to make more room for everyone else. How could a person with her gifted insight be so inhumanely prejudiced?  This brutal look at the poet etched into my understanding how fickle human perspective can be. Even Dickinson, with her magical insight, was at one time blind to her own bias.

What do you hope readers will take away from Polarity in Motion?

It’s hard to see our own way of seeing—but love helps.

Why did you choose to write a YA book? What is it about that particular genre/age group that appeals to you?

Young people are open minded, ready to love, free to question, and willing to lay new paths.  They are the future.  I love them.

As a grown woman, what was it like writing from a modern day teen's perspective? How did you get "into character"?

I never grew up!  I am blessed to have young friends and young editors who help keep my pages from sounding dated.

If you could co-write a book with any author across history, who would you pick?

Flannery O’Connor.  She lived a short, disease-plagued life, but her raw, visionary perspective is astounding.  I think a writer could learn much from her!

Polarity and Ethan have matured and grown since I wrote Polarity in Motion.  They have deeper needs and are ready for greater risks.  Their next book is emerging:  Polarity in Love!

a Rafflecopter giveaway
Posted by Mary Fan at 6:30 AM