SPOTLIGHT: Season of the Dead 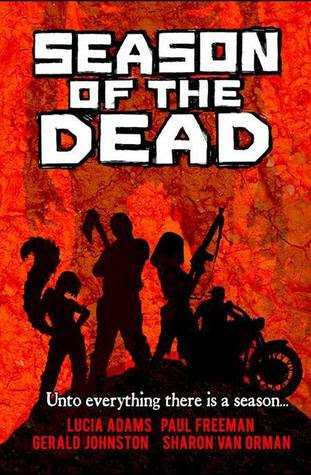 "It is said that unto everything there is a season...these are the stories of a group of survivors during the season of the dead."

Four individuals fight to survive as the zombie apocalypse crashes over the world in a wave of terror and destruction. Color, creed, and social standing mean nothing as the virus infects millions across the planet.

Sharon: a zoologist from Nebraska, USA, has worked with the virus, and has seen the effects on the human mind. She knows more about the virus than nearly anybody alive, and far more than she wants to. Gerry: from Ontario, Canada, he gets his first taste of the virus from inside a prison cell. Locked up after an anti-government riot, his prison guard transforms before his eyes into a flesh craving zombie. Lucia: a chemist from Pittsburgh, USA, flees from a furry convention dressed as a giant squirrel, and escapes from the city in a Fed-Ex van. She's a girl who knows when to run and when to fight. Paul: thinks he can sit out the apocalypse in his apartment block in Dublin, Ireland, until the virus comes to visit, bursting his bubble and leaving him with no choice but to face reality or perish.

All four begin perilous journeys in mind and body as they face daily trials to survive: Four threads, four different parts of the world, one apocalypse!