Author Paul Freeman talks about his background, inspirations, and his latest book, Season of the Dead. 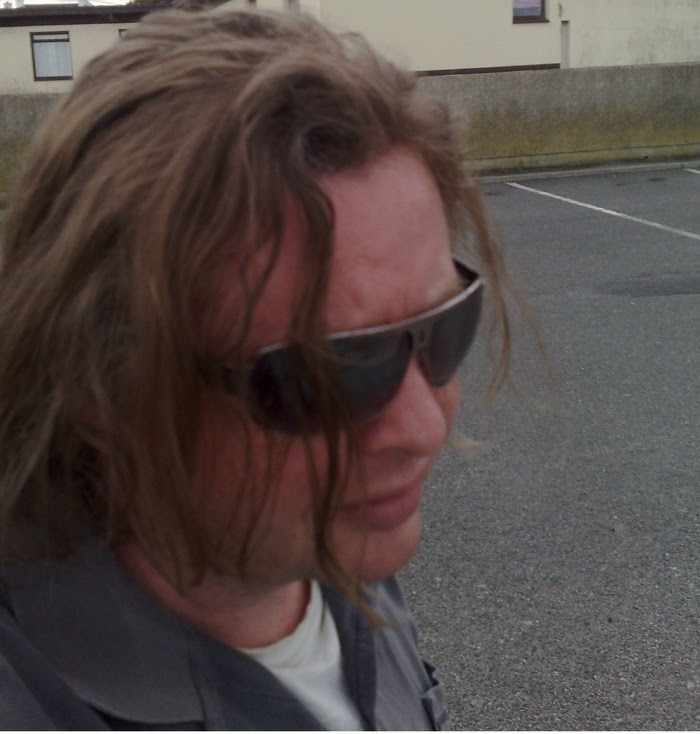 Hi, Paul! Welcome to Zigzag Timeline. Can you tell us a bit about your background as a writer? What got you into writing?

Thanks for having me! I’ve always had a good imagination, whether it was making up stories or games as a kid. A little later as I grew into my teens I started writing short stories, usually dark Celtic tales or twisted versions of old stories. It was quite a while before I moved onto writing books, my first was a 140k word urban fantasy that was utter rubbish, and will never ever see the light of day.

I've noticed that you write books in a number of genres. What is it about these genres that appeals to you? Is there an underlying style or aesthetic to your writing?

I think the common theme with most of my stuff is strong characters and a believable story. I have received some praise (without wishing to blow my own trumpet) in the past for my characterisation. Getting firmly into the mind of your characters and believing in them will always lead to a stronger story. Whether it’s fantasy, horror, steampunk or general fiction, all of which I’ve written in, the same rules apply.

Your latest book, "Season of the Dead", is a horror novel about the zombie apocalypse. What inspired this story?

It was actually inspired, on a writer’s site, by a conversation about how you would survive the zombie apocalypse and developed from there.

Zombies are a hot topic right now. What sets "Season of the Dead" apart from the other zombie tales out there?

I think one of the real strengths of this book is that none of the writers, including myself have ever written in the genre  before, what we’ve brought is something fresh to a very overcrowded genre. The format of four writers writing their own parts in their own style and then all linking up into a novel is something very different. The danger of course is that people will mistake it for a collection of stories before they read it, which it very much is not. It’s a novel written by four people, from four points of view, four threads woven together.

"Season of the Dead" is told through four different story lines. Which was your favorite to write, and why?

I only wrote one of them so I’ll have to pick that one. The uniqueness and magic of this book is the four voices, very distinct yet all part of the one apocalyptic event. Even to the point we decided to leave the different regional spelling for our own chapters, it meant the continuity of the novel suffered a little, but it felt more authentic. We wanted our own voices to clearly come through.

Can you share one of your favorite passages from your novel with us?

This is from one of my chapters. Paul has been barricaded into his apartment block with some other survivors hoping a rescue will come. Unfortunately it was too late for rescues, and he’s just realised he was just deluding himself.

“What a mess. Despair crept over me like a hooded cowl, threatening to trap me in the depths of its dark hood. I wondered if there was any hope at all. Was there anywhere in the world left untouched by this evil curse? I was looking out of the window of my own apartment at the street below. Maybe Mrs. Watson had the right idea. I wondered if she had finally found peace. Was she reunited with little Brian in some better place? I doubted it.

I opened my bag and took out the bottle of Jack Daniels. Was there ever a better time to get roaring drunk? I brought the bottle to my lips, savouring the peaty aroma as I took a mouthful of the whiskey, grimacing as it slid down my throat, burning all the way to my stomach, searching for the cold empty spot inside me that once housed my soul. Then I heard the screams.

“Jesus! Can you hear that? They’re all over the building.” Gary burst through the door. I looked up at him and then back at the bottle in my hand. With regret, I screwed the cap back on.

“Well fuck this for a game of soldiers,” I said, picking up the axe.

I stepped out into the corridor, with Gary right behind me. The screams were louder out there. It was hard to tell where they were coming from, or even who was making them.

“What are we going to do?” Gary asked. I felt like telling him to go fuck himself, to ask him how the fuck should I know? Right at that moment I just wanted to find a dark corner of the world where I could be alone, to drink my bottle of whiskey and forget any of this was happening.

Instead, I started to walk. I headed for the stairs. In a way, I think I’d finally snapped. Having to kill the kid had pushed me over the edge. Our sanctuary was no longer safe; it had been compromised by a gobshite.

“Where are you going?” Gobshite followed me down the stairs.

I just ignored the cunt. I closed my ears to the pleas for help from my neighbours, their screams and cries. I headed down the three flights of stairs, the axe in one hand, the whiskey in the other. Some part of me was hoping I’d run straight into a pack of zombies at each turn, to put an end to it once and for all. I wished I’d had the guts of Mrs. Watson. I wished I’d had the balls to throw myself off the building.

I stepped outside into the street and paused at Mrs. Watson’s body. I lifted the bottle of Jack Daniels to my lips and took a slug as I gazed upon the broken shell of a woman I knew briefly. Another scream pierced the air.

I turned my face to the sky and closed my eyes. I could feel the rain landing little kisses on my skin. It felt good, refreshing, clean. It saddened me to think I would most likely not feel the heat of the sun on my face again. I drank once more. The bottle glugged as I felt the amber liquid warm me all the way down. It had been a while since I’d last had a drink; I could feel it going to my head already. I was sorely tempted to finish the bottle and find some kind of peace, or at least oblivion.

My brief respite from the real world was shattered as the now familiar smell of rotting flesh drifted in the air, then the terror-inducing low growl. I turned towards the building and saw a zombie framed by the doorway. I contemplated standing there with arms spread and letting him take me.

I took another drink, one last swig before flinging the bottle down the road. It shattered with a loud smash echoing in the deserted street.

Can you share any behind-the-scenes anecdotes about the writing of "Season of the Dead"? People the characters are named after? Places you camped while typing out the manuscript? Inside jokes you threw into the story for kicks?

Oh there have been tons, writing with a group of authors can be fun and challenging all at the same time, but if I tell you I’ll have to kill you. All the characters have the writers names, that was the plan from the start, you were supposed to be writing about yourself.

Are there any themes or messages in "Season of the Dead"?

Oh yeah, if you see a zombie, run!

At some point, every writer encounters the so-called rules of contemporary writing: no adverbs, no dialogue tags, show don't tell, etc. In your opinion, how important are they?

A lot more important than some people realise, but not nearly as important as others would have you believe.

The book world is changing day by day. Amazon is on the rise, Barnes & Noble might be in trouble, and the Big Six is now the Big Five. As a writer, how are you navigating this ever-changing landscape? What's your experience with publishers been like?

It’s changing fast, I would say I’m clinging to the dingy with my fingernails while trying to keep my head out of the water, rather than navigating, but I suspect most of us are. I’ve worked with a number of small presses now, and I’m learning as I go. I’ve made some mistakes and bad decisions along the way, but nothing too drastic, not yet anyway.