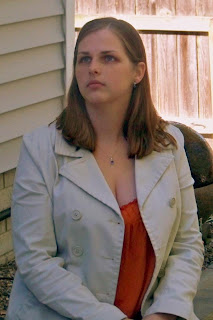 Today I’m kickin’ it old school, or at least as close to old school as I can get these days.  The kick-ass sound system of my youth may be long gone, but the tunes it played remain, albeit in a different format (goodbye, analog; hello, digital).  The friends with whom I used to get together to hang out, listen to music, and write no longer live just across town, but great memories and the internet keep us close between visits.  Luckily, my trusty mechanical pencil and college-ruled notebook haven’t left me – life without them would be bleak indeed.

All of this, I suppose, is a rambling introduction to a post about writing process and inspiration.  Many a writer is asked about their process, where their ideas come from, what their work is about.  I always find these questions particularly hard to answer.  For me, “What does your writing process look like?” and “Where do your ideas come from?” are two sides of the same coin because for me, the process of writing starts with the story idea itself (unless, of course, by “process,” you mean the actual act of writing – in that case, I prefer to handwrite everything in pencil while curled up in my recliner, then type it up later).  And an idea, as we all know, can come from anywhere.

Take my novel, The Lokana Chronicles, for instance.  The initial idea for it came from a story I wrote with a friend back in high school.  We’d been inspired by the Disney movie Atlantis and created a (terrible) story about two girls who were long-lost princesses from the vanished city.  They don’t know any of this, of course, so when they manage to find their way back to the sunken city, they are naturally quite confused at their seemingly sudden knowledge of the place and its inhabitants.  Though what we’d written was awful, I really liked the concept of a world within a world and a lost princess who is ignorant of her heritage, so I put my thinking cap on and set to work trying to figure out how to use those aspects to create something that could actually work.

The Lokana Chronicles is the first novel I’ve ever come close to plotting before I started writing.  Standard practice prior to this had been to fly by the seat of my pants and give my characters free reign over the story.  It was chaotic and fun and reflected my love of soap operas.  With Lokana, plotting helped me avoid throwing in one convenient plot twist after another just to have things happen.

Someone once told me that in order to write well, you have to create a detailed outline.  Since there were many subjects on which he and I disagreed, I suspect that’s why I’ve always been so averse to plotting.  At any rate, I created a partial synopsis for Lokana to function as an outline and what a difference it made!  It was so much easier to remember where I wanted the story to go once I had it written down.  Now that I’ve stumbled on my synopsizing idea, I can’t imagine going back to being a complete pantser.

But when it came time to start a new project, I found myself stuck.  It took me seven years to write and revise Lokana; what should I do next?  I began to worry that I had finally run out of ideas, that I would never think of anything else to write.  After spending so much time with the characters in Lokana, I was hesitant to leave them behind.  I’d always envisioned The Lokana Chronicles as a stand-alone novel, but surely there were more stories to tell from my wonderful little world?

I dusted off my thinking cap again and this time, it took me quite a long time to finally come up with a workable concept.  Set twenty years after the first book, the sequel follows the next generation of citizens in Lokana and Arkona.  Some of the characters from the first book appear in the second, but obviously not all of them can.  I’ve been working on the sequel for six months and I think I’m about half finished with the writing, but the writing has been going much slower lately than I would like.  The same, sadly, is true of reading.  I need to be better about that; so much of what I read has an influence on what and how I write (which explains my constant struggle to show and not tell – I read a lot of classic literature, stuff that was written when it was much more acceptable to tell things).

But getting things right is part of the fun, and I like a good challenge.  There’s nothing quite as satisfying as the feeling you get when all the pieces of a well-constructed plot fall perfectly into place, and that’s one of the many things I love about writing.  When things turn out even better than you ever could have hoped for, it’s nothing short of amazing.

Speaking of writing, I ought to be getting back to it.  I hear a pitch calling my name.