To promote his upcoming YA sci-fi novel, STAR CITY, author Edwin Peng released three prequel short stories, the Star City Shorts. Each is only the length of a chapter or so, and so I ate 'em up pretty quickly and now, sadly, must wait impatiently for the release of the novel itself. Below are my reviews of the short stories. 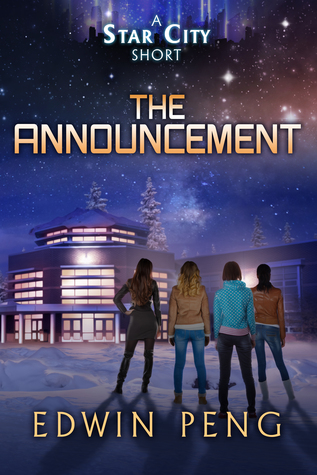 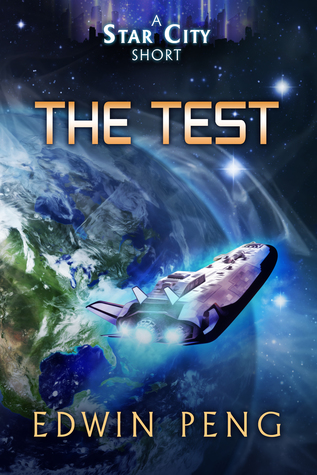 Asteroid mining apprentice Sepporinen, a member of the Ba'ren race of advanced, space-faring aliens, wants nothing more than to ace his tests and join the mining guild. His people's Exploratory Mission has recently arrived at Earth, but he's more interested in kicking off his career than learning about humans. But when he finds himself tasked with learning about Earth's mining operations, he realizes that not everything is as it seems... and there's a dangerous conspiracy afoot."The Test" is the second of three prequel short stories leading up to Edwin Peng's upcoming YA sci-fi novel, STAR CITY. Like the first prequel, "The Announcement," it offers a little taste of awesome things to come. While "The Announcement" introduced the reader to STAR CITY's Earthling protagonist, "The Test" offers a tantalizing glimpse at the alien culture she'll encounter in the novel.There's a lot packed into "The Test," which is a quick little read that introduces the reader to the Ba'ren and their spacefaring ways. Peng does a lot of world-building in just a few pages, and it was a lot of fun to learn about this out-of-the-world civilization. Also, the aliens' observations of humans are absolutely delightful... a combo of fun quips and cutting social commentary. The story also teases the reader with dark conspiracies swirling behind what should be a peaceful first contact mission... Of course, this is a prequel, so it ends on an agonizing cliffhanger... Can't wait to read STAR CITY when it comes out and find out where it all goes!

Find it on Amazon