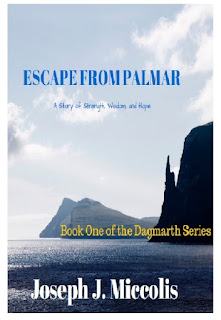 Many consider Dagmarth to be the center of all galaxies. It is the world where the greatest minds come together to pave the future with unprecedented technologies. Dagmarth is led by King Asmoph and Queen Jessa who assumed its throne in recent years. But prosperity and freedom can never live in peace, at least not for long. Asmoph and Jessa will soon be forced into refuge after a savage enemy leads a surprise attack on Dagmarth in the quiet of night with unsurmountable defeat. They will find safety on Palmar, far away in a galaxy that resembles their own. But everything about their life will change on Palmar. Their only source of hope to regain their world and familiar future will depend on a new prophecy. A prophecy that a young boy named Kodus will acquire a diamond cursed with ancient powers that can help restore the peace among the galaxies, or use it for the quest of rule. Dagmarth will soon discover that the hard part is not finding Kodus, but convincing him to fight for peace. 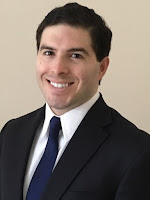 Joseph J. Miccolis is a Florida-based author. Dagmarth: Escape from Palmar is his debut novel and the first novel of the Dagmarth series. While he enjoys writing a fresh approach to fantasy and magic, his storytelling is not limited to one genre. Joseph is also passionate about fitness and law. He enjoys body building and power building. He is educated in English Writing and Legal Studies with professional experience as a Paralegal. In his spare time, he can be found somewhere under the Florida sun enjoying the fresh air and finding inspiration for a new story.
CONNECT FACEBOOK
https://www.facebook.com/josephjmiccolis/
Posted by Mary Fan at 8:41 PM