An interview with Shelby K. Morrison, author of From the Ashes. 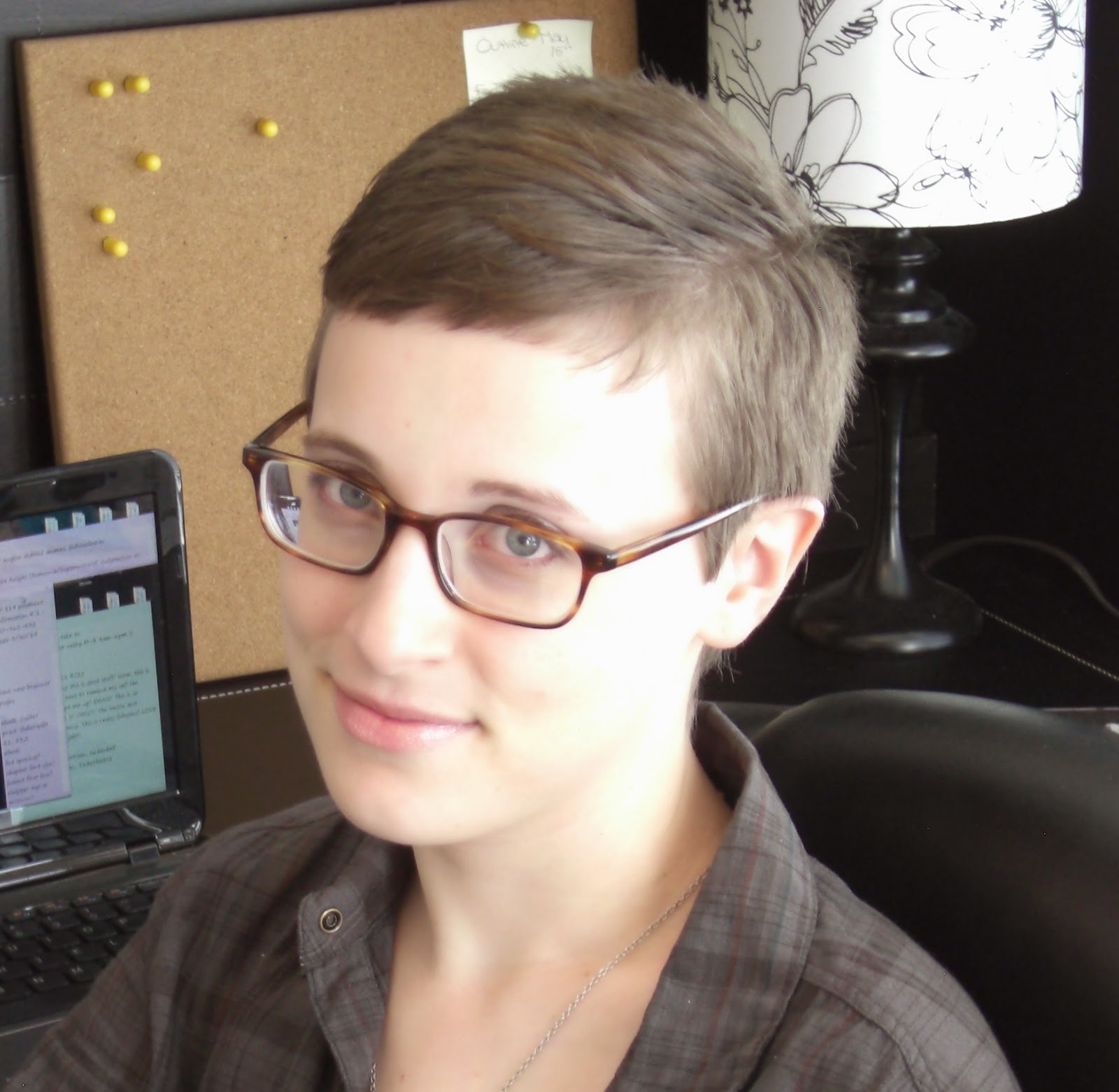 The only background I have is writing. I tried to ignore it growing up and consider it a hobby. I pursued other avenues, focused on my studies, planned other careers. No  one actually just became writers, did they? But try as I might, the idea of being an author was always in the back of my mind. Then I realized writing was my passion. Why should you do anything other than what you're passionate about? My first book, Shattered, was released last year. It was a Psychological Thriller with hints of sci-fi. Quite different than From the Ashes, which is Fantasy. But Fantasy was my origin genre. I'm returning to my roots and not trying to make myself the author I thought I wanted to be.

I've always been pretty creative so I was always looking for ways to express myself. I'd have poems and songs in my head and I'd just write them down. I read like crazy as a student and then one day put two and two together and tried my hand at fiction. Been writing ever since.

From the Ashes actually has the bones of a story I wrote in junior high.  It all began with the pendant that would turn a young woman's entire life upside down. The story was much different than it is now, but I still see the original there in the crevices. I took what I loved about my story, pulled out what didn't make sense, fleshed out what did and then built upon it with more characters and a bigger world. Until before I knew it, I had an entire series from the bones of one story.

Aia is definitely my favorite. She has a pretty messed up hand dealt her, but she doesn't let that control her or get her bogged down. She's tried so hard to be independent, to be free of this one thing that should be a huge burden. And when things go south, she could do what's best for her. But instead she does what's best for everyone else. She has a strong sense of justice and equality. She's also fidgety, rambles out loud when nervous, and has just the right about of spunk. But I feel for her because although she puts on a strong face, there is suffering within and demons she's battling. Half the time I want to vow to help her and other times I want to hug her. I hope people find a friend and inspiration in Aia. I did.

Hmm...describe my favorite scene? If it's my favorite scene, odds are it will be others, too. So if I describe it, that would spoil it! I will say this: shi* goes down and I just have a smile on my face the whole time. Aia's true awesomeness shines through and you finally get a good picture of her bravery and strength and bad-a**ery. She may or may not need her bow and arrow. That's all I'll say. You'll know it when you read it.

A favorite part of writing? Most writers can tell you that writing is hell. The outlining is torture, the writing is madness, and don't get me started on the revision and rewriting process. Yet we are compelled by something outside our control. It's an addiction no matter how miserable it is. All of it is my favorite, and I hate all of it at the same time. The whole process of building my book from a little idea into a full-fledged story, watching my characters grow, my world unfold, it's an amazing thing. If I had to choose a part in the writing process that is the most fun..it would have to be the brainstorming. There are no rules, just gushing with ideas and what-if scenarios. It's like a pot of boiling water. It starts slow, a few huge ideas at once, then it grows, faster and faster, the bubbles big and small and minute roiling within the pot and you can't write them fast enough. It's exhilarating, a roller coaster in its own way. You feel like a creative madman and can really let loose. Then you have those moments of sheer genius and there is nothing greater in the writing process. Either a puzzle piece falls perfectly into place or your character takes one step forward and becomes a hundred times better. Ahhh...euphoria. That's what makes it all worth it.

Oh boy, I have a writing process like you wouldn't believe. It takes me an average of 6 months, maybe a bit less to write a book and get it to my editor. I have a checklist to go over for each of my drafts so my focus stays on track. I start with a brainstorm, then the outline, then the first draft followed by second and third. Then it goes to my beta readers and then I do one final fourth, sometimes fifth draft. It's a very strategic, organized method that I've been perfecting over the last couple years and will continue to perfect as my experience grows. From the Ashes had several first drafts, whereas Book Two in the series, Among the Flames, only needed one. I planned the second one better and didn't run into the same issues. So the timeline can vary, but there is a basic template I use.

Fantasy is what I would read day in and day out, along with some YA, as a kid. I also read some thrillers but found it so difficult to find a thriller that wasn't a “who dun it” that it became a chore. Fantasy was the first genre I started writing. I had half a dozen unfinished stories. But oddly when I decided to start trying to write professionally, a few years had passed, and I decided I wanted to be a Thriller/Suspense writer. So then I stopped writing fantasy and turned to suspense stories, successfully writing my first novel length story. Then a few years later, the idea for Shattered hit and I was compelled to write it. That was the author I wanted to be. But then I realized, I didn't have as much fun writing Shattered (or the other thrillers) as my fantasy stories. Even though it was fiction, there was a lot of boring realistic parts that I had to research. And researching how many miles a helicopter can fly before running out of gas *somehow* really sucks the fun out of writing. So I decided to return to my roots and not care what type of author I thought I wanted to be. I decided to write what made me happy, what got me interested in writing in the first place. Fantasy. You can be free in Fantasy. You don't have to worry about what is realistic, the rules of our world, the restrictions. You really are the creator of your world. It's creativity in its rawest form. And I'm so glad I did. I'm right at home writing Fantasy. Although the world-building gets me down sometimes when I compare myself to others, I know that'll get better in time. It is still the best genre for me to be myself and egnite my passion.

I never followed a particular author, and still don't. Every book I read has influence on me and my writing. I read a lot of YA Fantasy and then fun thrillers like Jurassic Park or Relic. I am trying to blend my love of fantasy and my love of thrillers/suspense into my books so I have the best of both. Every book I've read has helped me get to this point. But I like to think my voice is my own.

I surprise myself all the time! My characters form as I write them. I try to map them out beforehand but they usually take on their own life midway through writing, or even after the whole first draft. I look at them, hands on my hips, and say “Really?” And then I have to rewrite them. My plots do the same. I'll be chugging along, have a stroke of genius and have to go back and make changes. This is all okay because these little moments of inspiration is what makes writing amazing. I live for those unexpected moments.