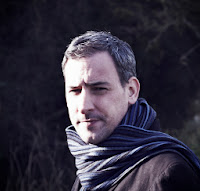 Hi! Welcome to Zigzag Timeline. Can you tell us about your background as an author? What got you into writing?

When I was nine I wrote a short story and send it off to Penguin.  I received a letter back;  whilst they were impressed and enjoyed reading it, unfortunately, they weren’t able to take it on.  I didn’t pursue my writing other than during education and was generally more obsessed with computing and technology. Thirty years later, some changes have led me back to that root and I went full steam into it seeing no barriers to entry with the ability to self-publish.

What was the inspiration behind "Veritas Liberabit Vos"?

My inspiration came from keeping an open mind about ideas, our perceptions of reality, alternate possibilities and a yearning to investigate the unknown.

What are you hoping readers get out of reading your book?

I would hope there are many positives about my writing and the story, so that there will be at least something that different people will be pleased to have read.  Ultimately, I hope the style and mix of content that builds as events unfold, will provide an entertaining, eye opening and thought provoking journey.

I’m afraid on this one, I have to take the Buddhist creed of no attachment; I have to not care, any of them could be taken away.  We are only seeing glimpses into the various personalities as we are introduced to many characters at the start.  This puts some element of choice on the readers part, to explore their own imagination and ideas around a character they feel some affinity towards perhaps.

It’s probably the event that serves as the catalyst to everything beyond that point, and what it means for everyone involved.  Over twenty people are on a Skydive for charity, when the plane loses power and they are forced to bail out.  There are some inexperienced divers, so much panic ensues in freefall.  As they begin to stabilise and take control of the situation, huge shimmering blue rings descend from above and pass through them as they hurtle towards Earth.  The discs hit the fields below and as divers come closer to the ground, they can see that strange patterns have been formed.  They learn that the patterns are actually binary code, and we have a reply to a message Carl Sagan and his colleagues had sent into space via the Arecibo Radio Telescope almost forty years ago.  They also know for sure, that it was not made by a few locals with planks and rope...

Developing the ideas, interlinking them, building on them and fusing them.

What’s the most challenging aspect of writing, in your opinion?

Assembling enough in my mind and my planning outlines to just be able to let it just flow out.

Once I’ve started, it averages out at around a couple of thousand words per day.

The way in which many things unfolded was rather shocking and sometimes quite delightful.

What do you think of the indie publishing revolution?

I think it’s really cool that anyone can just go right ahead and do it themselves.  In all honesty, I don’t know much about it, I’ve just jumped in headfirst and am somewhat overwhelmed by its vastness.


Parts One & Two of the new book, “Veritas Liberabite Vos” (Truth Shall Set You Free) are out now: