The Long of It—Backstory to Five-Star FLEECING 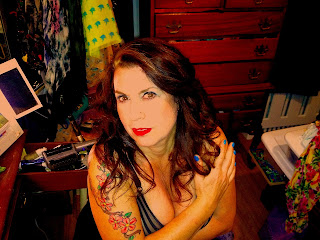 In retrospect, 1988 was a pivotal time in my life. It was the year when my close friend phoned me from Moscow.

"What the hell are you doing there?" I asked with my typical tact and diplomacy. "I saw you only a few days ago!"

"I just made a million dollars with one handshake," he informed me.

"How the hell did you do that?"

The next thing I knew, I enrolled in a seminar about transformational technology, the purpose of his call. If he can make a million dollars on a handshake, well, I'll enroll in anything that would have that desired outcome. Sadly, the seminar didn't do anything for me, but I sure liked meeting new men from all walks of life.

1988 was also the year when commercial banks nationwide, in particular foreign banks in Manhattan, experienced a nose dive in the quality of their loan portfolios because they all shared similar risks through syndications. Yours truly was a commercial lending officer and saw an opportunity, no doubt a result of transformational technology.

I told my father, "I'm quitting my job and setting up a consulting company."

My father staggered back a few feet and clasped his chest in agony. He bellowed, "In a recession?"

"What better time?" I snootily responded.

My first client was a former employer from ten years' earlier. They put me on probation for writing thinly veiled pornographic reports as well as for insubordination.

The Branch Manager contacted me. "You won the contract because Headquarters remembers you. They loved your reports and hope you didn't lose your touch."

This round, however, they paid through the nose. For several years, I consulted at top commercial banks until I hit a wall. It was called boredom. I don't recall how I ended up at the Waldorf-Astoria, but I loved working there. Without embarrassment, I admit there's a certain appeal about luxury hotels that triggers all my senses to hyper-drive. From the Waldorf, I piggybacked to the top hotel at that time as Assistant to the General Manager/Resident Manager. 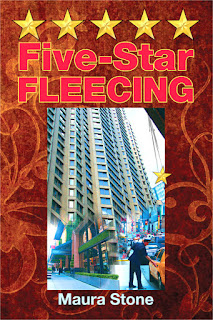 It was an exasperating job. Even more so when I was fired for a wisecrack I made about the General Manager. Furious, I sat down to write a complaint letter to the owners about the poor state of affairs in their U. S. investment. And thus, Five-Star FLEECING was born: the longest complaint letter known to mankind, not to mention the snarkiest and funniest.

It took ten years to write, mostly because I went back to work full-time in commercial banking with a slight departure as an executive in California. Through the ministrations of my very talented editor, Lonnie Ostrow, I whipped it into shape for publication.

"Are you soliciting any literary agents?" he asked.

"Hell no," I responded. "I want to see this published before I die." In truth, years earlier I had signed with a literary agent for another book which died a painful death as did my relationship with said agent.

Imagine my joy three months after I self-published the book received rave reviews from the doyenne of literary criticism, Harriet Klausner, along with five-stars from The Midwest Book Review. Years later, Five-Star FLEECING received a national indie award for comedy and still accumulates accolades.

Since then, I've published numerous articles that went viral, interviewed on radio shows, magazines and newspapers, performed readings, book signings and recently published a comedy about the wild world of online dating, The Complete eDating Advice Comedy Series for Women and for Men, the result of eight years of primary research.

You really don't want to know the backstory for that book.

Fractured Advice for the Lovelorn:

A new take on unconventional romance:

Arc of Passion
Click HERE to Purchase at Apple Store

MauraStone.com
Posted by Mary Fan at 9:00 AM