TITLE: Temple of the Sixth (NEXUS) 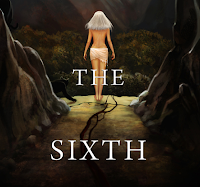 Recommended for fans of epic space fantasies such as Star Wars.

Temple of the Sixth takes place in the distant future, in which humans have mastered space travel, settled on a new homeworld, and become part of an interstellar alliance with alien races, most of which are humanoid. There’s also a heavy element of fantasy in this novel, involving godlike beings who exist on a higher dimension. In fact, most part of this novel read more like fantasy than science fiction and is free of technobabble.

Temple of the Sixth is the second book in Harrison’s Nexus series. It’s a self-contained story that can be read even if one hasn’t read the first book yet.

PACE
Temple of the Sixth opens with a heart-pounding suspense/action scene and keeps up the pace pretty much throughout the novel. While the majority of the book consists of action scenes, there are sections that pull back and set up the universe, explaining its mechanics and mythology.

PERSPECTIVE
Third person omniscient. Most parts of this book feel like close third, as Harrison lays out various characters’ thoughts and perspectives.

CONTENT REVIEW
Thardriik Jhunassi Kortlyn III, better known as Theak, is an ex-military pilot seeking his fortune as a private investigator, so when he receives an anonymous note basically saying, “meet me at this space station, and you’ll make vast amounts of money,” he immediately jumps onto ship and zooms over. What he finds when he reaches the station is a massacre. The next thing he knows, he’s pulled into an ancient conflict between godlike beings, forced to fight for the side of good when all he really wants is to get paid—and live to tell the tale. Meanwhile, in another part of the galaxy, Omar and Palitz, two City Guard secretaries, find their planet overrun by undead former citizens, surrounded by omens of the apocalypse.

Temple of the Sixth takes its conflict to a grand, end-of-the-universe scale. The stakes could not be higher. If this mysterious, ancient evil is not stopped, everything will cease to be. But why are these godlike beings so bent on destruction? What can a mere batch of mortals—not all of them heroes—do to stop them? Therein lies the epic conflict that keeps the pages turning.

Although it’s classified as “science fiction” due to the nature of its universe—spaceships, aliens, robots, laser guns, and the like—Temple of the Sixth reads more like fantasy, reminiscent of some of the more world-ending story lines featured in comic books such as X-Men. Psychic powers, out-of-dimension locations, higher levels of existence, possession—all is fair game. Bit by bit, Harrison reveals the mythology behind his universe.

There’s something satisfying about opening a sequel and hearing familiar voices, reentering a familiar space. Harrison’s dry sense of humor illuminates the text with his unique style of storytelling. He once again shows off his strengths as a writer of thrilling action scenes and creator of immersive worlds. In Temple of the Sixth, he expands upon the concepts he set up in the first book and illustrates his universe from a different angle. It’s is really more of a spin-off to Shadow of the Wraith than a sequel. Travis Archer, the main character from the first book, doesn’t show up until more than halfway through the book and plays a supporting role to his buddy Theak. Other characters, such as Juni, have only brief cameos (for those of you who are wondering—yes, Arkuun-Marl makes an appearance). As such, it can be read as a stand-alone novel even if one hasn’t had a chance to read the first book yet.

In Temple of the Sixth, Harrison tells his story from multiple angles in a rather cinematic fashion. While Theak is the thread that ties the novel together, he doesn’t drive the action—he reacts to it. Flashes to Omar and Palitz’s struggles, to the small man trying to recruit agents for the side of good, and to the perspective of the godlike Sixth herself give the reader a panoramic view of the universe and its conflict. But despite all the noise surrounding him, Theak nevertheless shines through as a memorable and likable character. Confident, cavalier, and a tad ridiculous at times, he’s not exactly the noble hero type and doesn’t even take himself too seriously. Nevertheless, he does what’s right, even if he’s somewhat annoyed that he has to.

For those who read and enjoyed Shadow of the Wraith, Temple of the Sixth, while very different, is a welcome return to Harrison’s world of starships and ancient conflicts, robots and fantastical powers. Harrison’s writing is tighter and more understated than in his debut novel, and yet it retains its snarky sparkle. For those who haven’t—and why haven’t you?—the book stands on its own as a fascinating take on the age-old battle between Good and Evil. Clever, thrilling, and entertaining on all levels, Temple of the Sixth is a page-turning journey through a universe in chaos.

THE NITPICKY STUFF
I read an advance version of this book, which has since been proofread, so I can’t comment on typos and the like.

This book, like its prequel, is organized by time and location, not by traditional chapters.

This book contains sci-fi style violence, such as laser guns, beast attacks, and space battles, but nothing gratuitous or gruesome. This book is clean in terms of sex and mostly harmless in terms of language (a couple instances of the dirty D word, no f-bombs).

Ross Harrison has been writing since childhood without thought of publication. When the idea was planted by his grandmother to do so, it grew rapidly, and after a bumpy ten years or so, here sits the fruit. Ross lives on the UK/Eire border in Ireland, hoping the rain will help his hair grow back.

RELATED: An Interview with Ross Harrison
Posted by Mary Fan at 12:01 PM