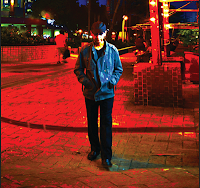 The Curious Diary of Mr. Jam, as its title implies, is written in diary format. It’s the mostly autobiographical, mostly true story of a year in the life of an Asian humorist, detailing the trials and tribulations of being a comedian in part of the world known for censorship and lack of humor. It’s also an examination of how comedy is treated in this part of the world—its history, current attitudes toward it, and the Western world’s perception of it.

PACE
The Curious Diary of Mr. Jam isn’t a plot-driven thriller or anything, so it’s difficult to comment on the pacing. The majority of the book deals with attitudes toward humor and the difficulties of being a comedian under repressive regimes, loosely framed in the context of Mr. Jam’s various gigs.  Vittachi’s snappy writing style, infused with comedic elements, made this book hard to put down.

PERSPECTIVE
First person. This book is written in diary format, which means that most passages are written in a stream-of-consciousness present tense style.

CONTENT REVIEW
It’s hard out there for a humorist, especially if you live in a part of the world that’s not exactly known for its sense of humor. The Curious Diary of Mr. Jam chronicles a year in the life of Sam Jam, a Hong Kong-based comedian who, through stand-up routines, newspaper columns, and an online blog, tries to make Asia laugh. While it is classified as a novel, the author’s note reveals that it is mostly autobiographical (“Sam Jam” is Nury Vittachi’s Anglicized middle name, as well as his stage/online name).

The sprawling, irony-infused contents of The Curious Diary of Mr. Jam are difficult to summarize. Indeed, this may be the hardest review I’ve ever had to write, as I’m not sure I can do the book’s brilliance justice in a few paragraphs. The simplest way to describe Vittachi’s book that it concerns humor in Asia. Parts of it detail the difficulties of being a comedian in a place where most people lack a sense of irony—Mr. Jam’s attempts to create stand-up routines around stringent censors (no bathroom jokes, no sex jokes, no political jokes, etc.), his difficulties with a publication that randomly edited the punch-lines out of his columns, his foray into the digital world in the form of a humor blog. Other parts are Mr. Jam’s musings (forgive me, Mr. Jam, I know you hate that word) on Asian comedy. For instance, Mr. Jam discusses the history of humor in Asia with his blog readers. There are also sections that document his life in a droll manner—his dealings with his children, his interactions with his bank, his ill-advised marathon, etc. And then there are sections that are primarily jokes, such as a list of what computer terms mean to the older generation (“Remote server: Waitress who will not flirt with you”).

Calling Vittachi’s book a “page turner” may be misleading, since it’s not a suspense novel, but I’m going to go ahead and call it one anyway. Vittachi writes with a ceaseless beat of wittiness that I found hard to walk away from. Flip to any page, and you’ll find a fun bit worth sharing—“Hey, you’ve gotta hear what this guy said!” I rarely laugh out loud when reading, and yet even I couldn’t help involuntarily chuckling at Mr. Jam’s humor, which ranges from the subtle to the bizarre to the outrageous. And yet it is universally “clean,” which, in my opinion, adds an extra layer of virtuosity. So much modern day comedy hinges on being insulting, offensive, or simply random. While Mr. Jam is certainly irreverent, he achieves his laughs chiefly through cleverness—self-deprecation, satirized scenes from his life, observations.

Aside from being a wonderfully entertaining comedy, The Curious Diary of Mr. Jam also offers a fascinating commentary on culture. Through his encounters with various types of audiences—straight-laced government officials, clueless schoolchildren, conservative conference-goers—Mr. Jam shows just how different attitudes toward humor can be. One of his biggest challenges is that many Asians lack the sense of irony so prevalent in the West. Out here in the States, it’s hard to go five minutes without someone making a sarcastic comment. But in Asia, as Mr. Jam discovers, most people take words at face value. Mr. Jam also looks into attitudes toward Asian humor. He dryly remarks on numerous occasions that Asians are almost universally considered unfunny, and many of the Westerners portrayed in the book seem to share this view. On the other hand, Mr. Jam’s blog readers from the East respond by presenting examples of Asian jokes, some dating back centuries, to prove that hey, Asians can be funny too.

Part satire, part commentary, and part autobiography, The Curious Diary of Mr. Jam offers a nonstop flow of zaniness and charm. It offers a fascinating perspective on the clash of cultures, wrapped in an endearing tale of writerly woes.

THE NITPICKY STUFF
I noticed a teeny, tiny, barely perceptible handful of typos, so inconsequential that I feel bad pointing them out. Since this book is written as a diary in a somewhat stream-of-consciousness manner, I presumed any liberties taken with grammar and such were intentional.

This book is “clean” in terms of sex, violence, and profanities.

AUTHOR INFO
Nury Vittachi is a Hong-Kong based writer, journalist, and comedian. He has penned a number of books and articles under various pen names, including “Mr. Jam,” “The Spice Trader,” and “Lai See.”