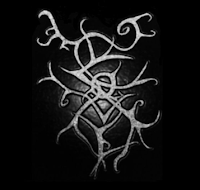 Recommended for fans of paranormal romances, such as the Twilight series

Tormented takes place in a modern world in which vampires and vampire-fighters, known as the Ultorum, exist out of view from the general populace. Familiar territory for fans of contemporary paranormal fantasies such as the Twilight series. It is the first book in a series and ends with something of a cliffhanger.

PACE
Tormented is a fairly quick read. J. Ann drops the reader right into this world of vampires and Ultorum and keeps a quick, efficient pace throughout.

PERSPECTIVE
Third person limited. The majority of the novel is told from the point of view of an Ultorum called Angelina. The novel sometimes rotates perspectives to tell the story from different angles.

CONTENT REVIEW
200 years ago, an attempt to create a super-vaccine turned ordinary humans into a vampire race. A group of specially trained vampire-fighers, called the Ultorum, keep them in check. Over the decades, they have developed an uneasy truce. The Ultorum keep the vampires in check, and the vampires keep from killing humans.

Angelina Davis is a stand-out among the Ultorum. Her superior strength and speed are unmatched. Along with her friend Michael, also an exceptional Ultorum, she hopes to protect humanity from supernatural dangers. One day, her friend and fellow Ultorum is killed. The investigation into the death leads Angelina to discover that someone is killing vampires and Ultorum alike. In order to find out who or what is behind the bloodshed, Angelina agrees to go with a handsome vampire called Ethan into his world in an attempt to flush the killer out.

In Tormented, Ann gives the popular paranormal romance genre her own spin. She takes all the staples of the genre—a relatable female lead, attractive and charming romantic interests, temptation, looming danger, suspense—and throws in her own mythology. What starts out as a seemingly straightforward tale of vampires versus humans soon expands in an unexpected manner, raising questions about Angelina’s own true nature. Why is she different from the other Ultorum? What do her strange recurring dreams mean?

While Tormented is reminiscent of vampire series aimed at teenagers, such as Twilight, it is clearly intended for an older audience and takes a more mature tone. Some aspects of the atmosphere are more similar to Anne Rice’s vampire tales. The main players are in their twenties—young adults, but adults nonetheless. While a love triangle between Angelina, Michael, and Ethan does develop, the romantic tensions are woven into the fabric of the plot in a way that keeps them relevant to the primary story.

Ann’s vivid writing brings each scene to life. The scenes in which Angelina enters and experiences Ethan’s underground world of vampires are especially well crafted, shining from the page in a manner only the book medium can capture. Ann takes you into the characters’ heads, letting you see what they see, hear what they hear, feel what they feel. It’s easy to get lost in Angelina’s head as you experience the story through her perspective. Ethan, while less prominent, is similarly well written, a character who is simultaneously sympathetic and a touch frightening.

Tormented is one of those books that could easily be read in one sitting. The mysteries and thread of suspense running through each scene keep the story rolling forward at a relatively quick pace. Ann does a thorough job of developing her paranormal world, setting up systems and hierarchies for both sides with an impressive level of detail. The history between the vampires and the Ultorum feels familiar and original at the same time—familiar enough to draw in fans of the genre and original enough to keep them interested. Part romance and part heart-pounding suspense, Tormented will appeal to adult and teen readers alike.

THE NITPICKY STUFF
There are a teeny, tiny, barely perceptible number of typos.

This novel contains a few fight scenes and blood-sucking scenes typical of vampire literature. These scenes are relatively mild.

Jessica is a single mother who has been telling stories since as far back as she can remember, even to the point of telling them to her family on long car rides. She dreams of having her books someday become Best Sellers. For now though she is just happy spreading what she loves to those around her.

When she is not working or writing, she can be found playing with her daughter, listening/dancing to music, or just lounging around. She loves romance novels, especially if they are paranormal and she would love to hear from you!
Tormented is her first novel.