An interview with author Dane Cobain. 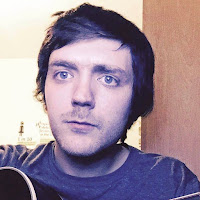 Hi! Sure thing – my name’s Dane Cobain and I’m a British author and poet. I currently have four books on the market, with a fifth – a horror novella and screenplay called Come On Up to the House – coming soon. I studied creative writing at Roehampton University and have been writing for half of my life, which isn’t bad when you consider I’m 27.

I guess it started with the guitar. I learned to play the guitar and started writing my own songs, and over time I progressed from lyrics to poetry, and then to keeping a journal, and then into writing fiction and other stuff. I finished my first novel when I was eighteen, but it’s not really fit for public consumption. It was too dark and angsty.

For my first book, No Rest for the Wicked, I had the concept of the evil Angels who go after people that have sinned in a nightmare. I woke up from the nightmare, jotted down as many details as I could remember, then went back to sleep. I left those notes for a couple of months, then went back to them and developed them, then started to flesh out a story line.

It’s hard to pick just one! Although I’ll always have a soft spot for Father Montgomery, the wise old priest with a secret past and the chief protagonist of No Rest for the Wicked, purely because I secretly want to be more like home.

I think my favourite scene was probably the finale to No Rest for the Wicked, which I can’t really describe without giving the plot away. However, what I will tell you is that in my head when I was writing it, my imagination was in overdrive. I could almost see it in front of me, and it looked epic. I’ve always wondered what it would look like in a movie…

Funnily enough, I always used to hate writing dialogue, but I find it a lot easier (and thus a lot more enjoyable) these days. I’m not sure if I have a favourite part – it just sort of all pours out of me. The best part is probably after it’s all happened and you start to hear feedback about what you created. All of the other stuff is just there because you can’t help yourself – you’re just compelled to do it. It’s a bit like asking what my favourite part of breathing is. For the record, I do like a good, long exhale, and the bit where it stops me from dying.

I have a reasonably defined process that begins with plotting out as much of the story as I can and ends with me actually sitting in front of a keyboard or a notebook and getting it out there. Until recently, I was writing fiction by hand, which turns out to be ridiculously time intensive. These days, I type things up at my computer, and it enables me to finish writing a full-length novel in 6-9 months, although I still need to put it through editing with Pam Harris – my excellent editor – before it’s ready to be released. But during that time, I’m simultaneously working on other projects, such as the anthology I’m editing and my poetry collections.

I think that everything I’ve ever read has influenced me in some way or other, but it’s true that certain books have influenced me more than others. I guess I’d have to go for Philip Pullman’s His Dark Materials trilogy here, because those books were the first books that I read that really blew my mind and made me think, “Hey, I want to do that.”

That always happens to a certain extent. I think that effect begins during the planning stage, when you’re following one train of thought and suddenly you realise that a certain character would react in a certain way to something and that would then influence something else that occurs somewhere else in the novel. It’s one of the wonders of writing – one of the things that keeps me interested and helps fuel my addiction for the written word.

Dane Cobain (High Wycombe, Buckinghamshire, UK) is an independent poet, musician and storyteller with a passion for language and learning. When he’s not in front of a screen writing stories and poetry, he can be found working on his book review blog or developing his website,www.danecobain.com. His debut novella, No Rest for the Wicked, was released in the summer of 2015.
ABOUT THE BOOK

No Rest for the Wicked

Father Montgomery, an elderly priest with a secret past, begins to investigate after his parishioners come under attack. With the help of Jones, a young businessman with an estranged child, Montgomery begins to track down the origin of the Angels.

The Angels are naked and androgynous. They speak in a dreadful harmony with no clear leader. These aren’t biblical cherubs tasked with the protection of the righteous – these are deadly creatures of light that have the power to completely eradicate.

When Jones himself is attacked, Father Montgomery knows he has to act fast. Will the final showdown force him to make the ultimate sacrifice?