So when I first decided to start this blog, I told myself I was going to keep it to books and writing-type stuff only. But as some of you may know, I'm a HUGE Star Wars nut, and I've got these fan theories burning a hole in my head that I need to release somewhere. Well, it's my own dang blog... and it's not like I haven't fangirled plenty of books in my reviews ;-)

Here's what I think happened after Return of the Jedi. Some of this is pure speculation, and some is based on other theories/background info I've discovered while obsessing on the interwebz.

And now, to sleep until 2017, when we'll find out if any of these crazy thoughts/theories/speculations/wishes are right...

P.S. JUST NOTICED SOMETHING ELSE...

This is the first shot we see of Rey in The Force Awakens: 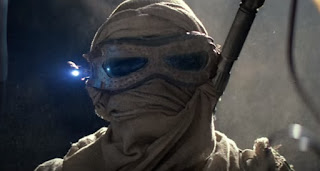 This is the first shot we see of Luke in The Empire Strikes Back: 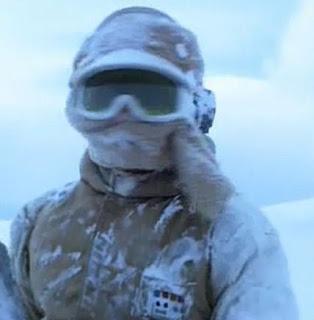 Both pull down their masks the same way moments later... THERE ARE NO ACCIDENTS!!!
Posted by Mary Fan at 11:49 AM