Something Alien - a flash fic by Jason Parent 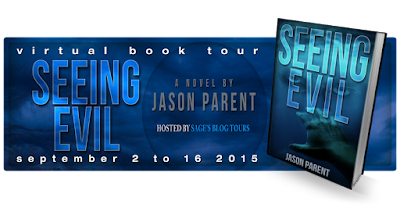 Something Alien
by
Jason Parent

Home. The word evoked peace. Its manifestation conjured more. In a rigid landscape, frozen yet alive, home meant salvation.
The modest clay walls of her adobe were arms held aloft in the promise of a welcoming embrace, baked strong by a hot sun now moons away. Snow cloaked her residence like a cowl, heaping in knee-high drifts on each side of her doorstep.
And there, it stopped. Not an errant flake dared enter. Each withered and died on her threshold along with the burdens of her world. Rayle would permit no sickness to sully her home, no disease of the heart or of the mind to enter her walls.
But today was different. Her mind could not find its balance. The sight of her children, sleeping without care or worry, blood-red reeds piled high and thick to keep them warm—an image tranquil like the lapping tongues and crackling embers of a warm fire pit—made her tremble.
Fear punishes those who cultivate it, she knew, but Rayle couldn’t help being afraid. They were coming tomorrow, they who would recondition her world, leaving only scraps of the old, vanquishing all that she was.
Would her children know her then? The world in which they’d mature would never again be the world in which they were born. Hers were the children of dying ways, too young to understand tradition, too pure to realize deceit. New marvels, shiny and magnetic, garnered more appeal than a natural history they’d barely known. Would they comprehend what made Rayle hope and sing, dance and laugh? Could they feel what made her love?
She listened to the soft breezes slipping in intervals through their pursed lips, a soothing cadence. After tomorrow, would their sleep come so easy? Rayle’s eyes blurred. Would excitement blind them to caution?
Rayle slid free the beast that was strapped to her back and dropped it near the fire. Her day had been spent hunting game across the sky-soaked tundra, toiling hard for her reward, for their survival. She eyed her kill with pride.
She sat at her clay table and pulled her hide boots from her weary feet. Soon her children would smell the fresh meat. They would need food, but she was unable to eat. Her appetite had been slain by the worry of what lay ahead.
Change comes when strength falters, Rayle thought. I must be strong.
She shook her head, wondering what was really at stake. Preservation of a way of life? Survival in its purest sense? The questions were beyond her ability to answer. She knew that today was good and yesterday was grand and all the days before that were as they should have been. She had everything she needed. Her babies never lacked a thing.
She pounded her fist against the table. Little Kaya stirred. Rayle froze. Her daughter’s eyes drifted slowly open, then closed, another moment of decency spared.
Let them have this. Tomorrow comes too soon.
Barefoot, she tip-toed out of the hut. The snow and mud felt alive beneath her feet, seeking shelter in the curves of her nails. Stars lit up the sky, looking innocent, hiding the masters of time. Hiding them.
She looked at the red grass she had reaped and baled, sprung from land she had cultivated: her land. She admired the fishery she’d made along the stream that ran down from the mountains. Her imagination, her volition, had allowed her to be. It had always been enough.
The stream’s silvery water darted through crags and fissures. Along the shore, among rocks of gold, the night worms were wriggling. The rocks were valueless; the worms were sustenance.
Rayle approached the stream, listening to its racing waters and the calls of the many creatures that called it home. She had taken from it only what she needed—nothing more. She choked back her contempt for what would be a parasitic trespass, intruders who wanted everything, who had no understanding of harmony and balance.
Cupping her hand for a drink, one of her three fingers slid into the snow, leaving an indentation. She stared at the marking, no more than a divot in the snow. Was this all the mark she would make on her world? Was this all that would be left to remember her by? Soon, this land would belong to another, a stranger to her ways. And when the snow melted and the suns returned, how long would it be before she’d be forgotten?
Rayle sighed. Futility, she thought, the notion bringing something short of acceptance. She dug her fingers deep into the mud and laughed. Three trenches to mark my passage. The dirt will know that I once tamed it. And tomorrow, they come to tame me.
She tried to picture it, the dark and light fleshy things and their declarations of goodwill. She saw them landing in their vessels, spreading their dogmas like parents to children, to her children. Coming to craft another’s world in their image, she thought, snorting. To them it was Planet X, a world not unlike only they knew how many others. To Rayle, it was home.
“Civilization” they had called it when they made first contact. “A better way of life” they professed as they told her people how to live. They raped her society of its individuality. They destroyed what made them free.
Rayle cried for tomorrow. Behind smiling masks and false promises, the humans brought extermination.


She glanced down at the carved earth. A smile crept across her face as she thought of her children, their big green eyes always looking to her for nurturing and guidance. Her mark had been made. There, she’d be remembered. 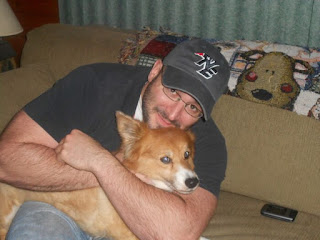 In his head, Jason Parent lives in many places, but in the real world, he calls New England his home. The region offers an abundance of settings for his writing and many wonderful places in which to write them. He currently resides in Southeastern Massachusetts with his cuddly corgi named Calypso.In a prior life, Jason spent most of his time in front of a judge . . . as a civil litigator. When he finally tired of Latin phrases no one knew how to pronounce and explaining to people that real lawsuits are not started, tried and finalized within the 60-minute timeframe they see on TV (it's harassing the witness; no one throws vicious woodland creatures at them), he traded in his cheap suits for flip flops and designer stubble. The flops got repossessed the next day, and he's back in the legal field . . . sorta. But that's another story.When he's not working, Jason likes to kayak, catch a movie, travel any place that will let him enter, and play just about any sport (except that ball tied to the pole thing where you basically just whack the ball until it twists in a knot or takes somebody's head off - he misses the appeal). And read and write, of course. He does that too sometimes.Please visit the author on Facebook at https://www.facebook.com/AuthorJasonParent?ref=hl, on Twitter at https://twitter.com/AuthorJasParent, or at his website, http://authorjasonparent.com/, for information regarding upcoming events or releases, or if you have any questions or comments for him. 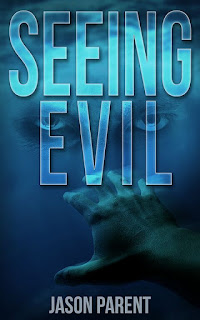 Fate in plain sight.
Major Crimes Detective Samantha Reilly prefers to work alone—she’s seen as a maverick, and she still struggles privately with the death of her partner. The only person who ever sees her softer side is Michael Turcotte, a teenager she’s known since she rescued him eleven years ago from the aftermath of his parents’ murder-suicide.
In foster care since his parents’ death, Michael is a loner who tries to fly under the bullies’ radar, but a violent assault triggers a disturbing ability to view people’s dark futures. No one believes his first vision means anything, though—not even Sam Reilly.
When reality mimics his prediction, however, Sam isn’t the only one to take notice. A strange girl named Tessa Masterson asks Michael about her future, and what he sees sends him back to Sam—is Tessa victim or perpetrator?
Tessa’s tangled secrets draw Michael and Sam inexorably into a deadly conflict. Sam relies on Michael, but his only advantage is the visions he never asked for. As they track a cold and calculating killer, one misstep could turn the hunters into prey.

FIND IT ON AMAZON