Beyond the Strong Female Protagonist 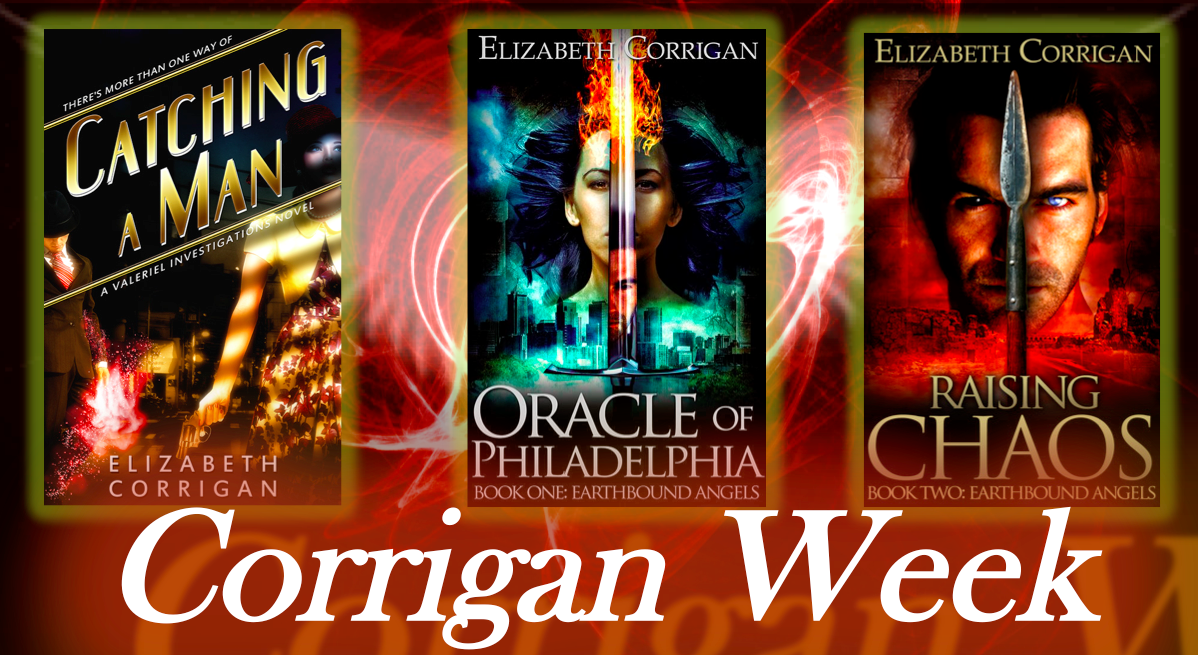 In celebration of her recently released fantasy mystery, Catching a Man, I'm dedicating this week to author Elizabeth Corrigan. Topping off this series is a guest post by Elizabeth herself.

Beyond the Strong Female Protagonist

Once, many years ago, when I was going through a mystery-reading phase, I started a book about a plucky girl detective in the 1950s. Within the first twenty pages of the book, the narrator had quickly established that while all the other young women she knew just wanted to look pretty and catch husbands, she wanted something different—a career and a purpose in life. I remember filling up with a sense of irritation. “Why,” I thought, “do books always do this? Why does a woman in an era like the 1950s have to essentially have modern female sensibilities, while simultaneously denigrating all the other women of the time period? What about the vast majority of women who didn’t rebel against their society? Don’t they deserve to have stories told about them too?” I decided then and there that if I wrote a book that took place in the 1950s, my heroine wouldn’t be a rebel. She would be an ordinary girl, at least to start.


Fast forward several years, and I’ve combined that notion with a dozen other story ideas into what is now Catching a Man. As the story opens, Kadin Stone’s one goal in her 1950s-style world is to find a husband. She is eminently practical, and in her world, she simply doesn’t have any option other than to pursue marriage. Thus does she dedicate her considerable intellect to the task—keeping up her appearance and plotting strategies for attracting a coworker’s notice. She has family, friends, and interests as well, particularly the detective’s aide job she maintains until she finds a match, but she prioritizes her activities based on what will make her life most successful in the long run.

I do have some concerns that people will find Kadin unlikable. I had one publisher tell me that if they were going to accept it, I was going to have to change some of Kadin’s behavior. “You have character issues,” I was told. “Women will hate it.” (That’s not why I didn’t end up going with the publisher, but it was a factor.) Perhaps this publisher was right. Perhaps I should have done more to make Kadin realize that her society was wrong to constrain her in the way it did. But in the end I decided I wanted to tell a story about what a down-to-earth woman in an oppressive society would do.

I imagine that 50-75 years from now, women will be more liberated than they are now. Or I hope so at any rate. Probably the authors of that time period will write about women from the early 2000s and want all the heroines to have their outlooks on life, and will poo-poo on the kinds of choices that modern women make now. In a way, I write Kadin Stone for the women of today, who will have their choices belittled by a future generation. Because we all make the choices that are best for us, given all the constraints that our societies put on us, and we deserve to have those choices respected.


And for those who want to see Kadin liberated, I tell you that the series is not done yet.

Elizabeth is the author of the Earthbound Angels series (Oracle of Philadelphia & Raising Chaos) and the Valeriel Investigations series (Catching a Man). She has degrees in English and psychology and has spent several years working as a data analyst in various branches of the healthcare industry. Some hobbies include singing, reading tabletop RPG sourcebooks, and making Sims of her characters. She drinks more Diet Coke than is probably optimal for the human body and is pathologically afraid of bees. She lives in Maryland with two cats and a purple Smart Car. Visit her website: http://www.elizabethrcorrigan.com/

About Catching a Man (Valeriel Investigations, #1) There's more than one way to catch a man.

Kadin Stone's life is finally going according to plan. She's starting her new job as a homicide detective's aide at one of the premier criminal investigation companies in Valeriel City, the capital of a 1950’s-style kingdom. Kadin is certain her new position will introduce her to any number of eligible men, so she'll finally be able to get married and stop burdening the brother who insists on supporting her.

On Kadin’s first day, the royal family calls in her team to investigate the murder of gossip-rag cover girl Queen Callista. Kadin’s superiors think it’s an open and shut case. The queen’s jilted lover Duke Baurus DeValeriel had motive, means, and opportunity, but Kadin can’t help but spot holes in their theory.

After checking into a few leads of her own, Kadin inadvertently ends up in the confidence of Duke Baurus. When she tries to share what she knows with the rest of the team, she finds them unwilling to listen to the opinion of a girl who they know is only after a ring on her finger. In order to see justice served, Kadin finds herself doing the last thing she expected when she started working for a homicide detective—solve a murder!

Find it on Amazon
Posted by Mary Fan at 7:00 AM