Much of Love Poison takes place in New Zealand. Why?

The men in my family are all adventurers. We’ve spread the Barber name across the globe. For my part, I moved from my home in England to the US. My older brother immigrated to Australia forty years ago, and I’ve only seen him twice in that time. In 2007, I developed a strong desire to visit him, perhaps for the last time as he’s well into his seventies now. My wife and I decided to go but to expand the trip so we could see something of the area.
After visiting my brother in Australia’s Gold Coast, we flew to New Zealand and spent one week touring.  Apart from the obvious excitement of seeing my brother and his family, New Zealand, especially the South Island, was the high point of the journey. I’m fairly well traveled, but I’ve never seen anywhere quite as beautiful, nor quite as varied. The food, the people, the scenery—awesome! The memories have stuck with me, and I tried to impart some of the wonder I experienced during my visit through the pages of Love Poison.

Well, I didn’t set out to make Amber and Mark “click.” Sure, they were forced to be close to each other because the plot demanded that they travel together to New Zealand, but they got to know each other in much the same way two real people would: by sharing parts of their past, by revealing to each other their current emotional challenges. Mark, in particular, had a tough upbringing, tougher than Amber ever suspected, and I think his vulnerability when he shared with her how his mother had virtually abandoned him as a baby struck a chord with Amber. Also, Mark had lost someone dear to him and that equipped him to empathize with Amber’s inner struggles as she tried to move on from the death of her mother. I didn’t expect them to fall in love—but they did, and that changed the whole dynamic of the novel—for the better, I think.

How to create suspense.

I’ve been writing fiction for seven or eight years now. Creating suspense was one aspect I struggled with for many years. Writing experts such as Donald Maass, and Swain, and many others insisted that I create tension in the reader by make it more difficult for my characters. And I did. Yes, I did. But as I was throwing wrenches at the poor people populating my tale, concurrently, I was planning how they’d overcome the obstacles.

Well, I finally figured out that’s not the point those writing sages were making. Frankly, you don’t have to worry about creating suspense if you write your characters into a cul-de-sac with eighty-foot-high walls, set in a valley, and then fracture the water main at the top of the hill during a freak power outage. You’ll be just as nervous as the reader, because you won’t know how they’re going to escape, either.

So, now I try not to worry about my peeps. I just follow them into the latrine and let the latch jam. Once they’re stuck, I walk around the house banging into walls until I work out how to extricate them without too much soggy Charmin hanging off the heel of their boot.

Mary, thank you so much for inviting me to comment on your blog. I appreciate it. 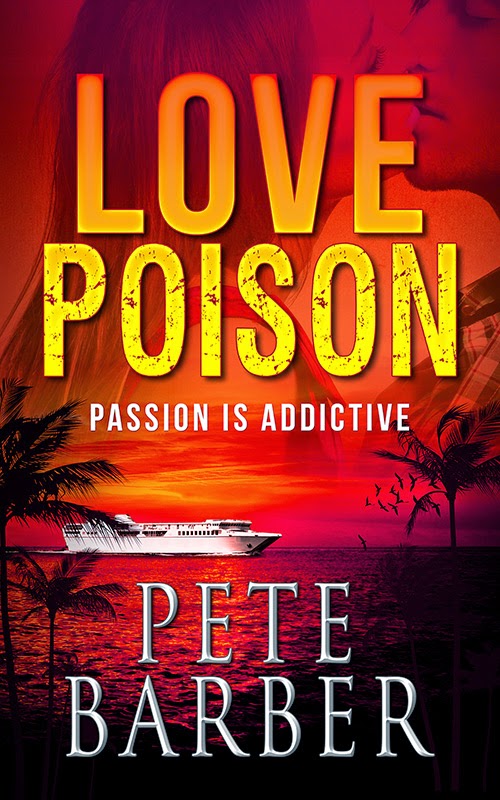 Love is a dangerous drug. Lab assistant and avid climber Amber Wilson is no stranger to risk. But she feels invisible around her handsome boss, Mark, until she accidentally doses him with an irresistible aphrodisiac that leaves him with a suicidal hangover. Abruptly fired, Amber and Mark partner up to research the source of the drug—a rare New Zealand mushroom—in hopes of refining it for safe use. On their way to New Zealand to collect fungi samples, Amber is blindsided by a deep and intense romantic connection with Mark. Their new business plan is endangered by ruthless Maori mobsters who control a mushroom scheme they’re killing to protect. As the body count rises, Amber struggles to salvage her and Mark’s dreams, but when she risks her heart and acts alone, both of them could end up paying the ultimate price.