Today, I have the pleasure of revealing the cover of author Ross Harrison's latest work, Acts of Violence. Looks awesome! 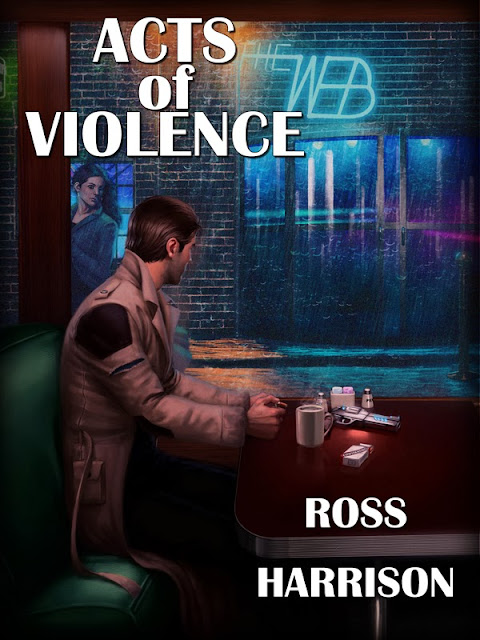 My name's Jack Mason. I made a mistake. Took home the wrong girl. Now she’s dead. Cut up. And they’re telling me I did it.
It's the same cop that tried to take me down ten years ago when I killed my girlfriend. Now he’s coming at me hard. And he’s not the only one. Cole Webster, the city’s crime lord, thinks I stole something from him. Broke me out of the precinct just to ask me about it. Then I killed his son. Now he really wants me.

Add to this equation a government agent, and I’m a real popular guy right now. Pretty much everyone I meet wants me dead, lawfully or otherwise. There’s nowhere to run. Nowhere to hide. I’ve got till morning to uncover Webster’s trafficking operation and take the heat off me. And all I’ve got to go on is a pissed off homeless girl with a thirst for revenge.

Guess it could be worse. Can’t quite figure how.
Posted by Mary Fan at 11:21 AM