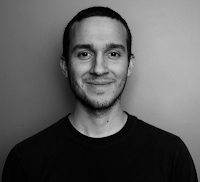 Royal Flush is an over-the-top comedy taking place in a medieval-style kingdom. What inspired this book, and why did you choose to write in such an unconventional style?

I was inspired to write the book by my impeccable record in high school of striking out with women. My success rate was exactly zero percent, and I found that hilarious, so I wrote a funny book about it (at least, writing it cracked me up).

As for the unconventional style, I was fresh from reading Douglas Adams’ Hitchhiker’s Guide to the Galaxy “trilogy,” and the central lesson I took from it was that it’s a good laugh to take the rules of writing/story and stomp on them repeatedly until left with a mushy gel.

Can you tell us a bit about your background as a writer? Do you remember what made you first want to write?

I was (and am) a tremendous book nerd, and one day I decided I wanted to create one of these textual artifacts for the enjoyment of others, since I’d always enjoyed them so much myself. I started my first novel in grade nine, which petered out partway through Chapter Three.

I managed to complete one in high school—it was atrocious, of course, and I never did anything with it. Royal Flush was next. I wrote it in my first year of university, basing it on short stories I wrote in high school. I’m now in the editing stages of my third novel,  and I’ve just recently begun a fourth.

Like all good satires, Royal Flush uses impossibly humorous situations to skewer contemporary stereotypes. Are there any particular themes or messages you hoped to convey?

No, not really. Any message you might encounter emerged organically—which is often how these things happen, anyhow. Retrospectively, I can see that the theme of persistence is among the most important in the novel.

Nowadays I find myself more conscious of messages and such as I write, though I don’t know whether that’s a good thing.

Of all the nutty and quirky characters in Royal Flush, do you have a favorite?

The King, of course! He was my favourite to write—which worked out well, since he’s the main character. I thoroughly enjoyed abusing him.

What was the most challenging aspect of writing Royal Flush? What was your favorite part of writing?

I wrote the first draft of Royal Flush in the eighteen days leading up to a competition deadline. So I’d say the hardest part was the gruelling writing schedule. My favourite part was reading what I’d written and being inordinately pleased with it. Sounds awful, I know, but that’s my ultimate rubric for success.

Do you have any writing habits? Songs you listen to? Places you like to hang out at?

I like going to coffee shops to write. For some people, the appeal here is the white noise in the background, but not me—I just like the caffeine, the free wifi, and the getting out of the house.

I stick my earphones in as I work. Lately I’ve been listening to Danger Mouse’s mashup of Jay-Z and The Beatles, remastered by sound engineer John Stewart. But my music tastes are pretty eclectic—also featured on my current playlists are Justice, Death Cab for Cutie, Animal Collective, K’naan, Interpol, Wolf Parade, Mother Mother, Massive Attack, The Decemberists, Scissor Sisters, Bon Iver, Broken Bells, Brand New… anyway, this answer is getting tedious.

Do you consider yourself primarily a humorist or a storyteller?

Good question! And one I haven’t considered before.

It’s a rare story by me that doesn’t have some humour in it, but I guess ultimately I consider myself a storyteller. My first novel was science fiction, and contained very little humour. And the one I’m now editing now takes itself much more seriously than Royal Flush does—that said, I’ve also included ample amounts of what I consider to be comedy in it.

How did you come up with the title of your novel?

After I made the decision to call the initial short stories “The King of Hearts”, “The King of Diamonds”, and so on, the title Royal Flush just sort of popped into my head. Four kings do not a royal flush make, of course—but if you play them right, they might as well be one. (And that’s all I’ll say about the book’s ending.)

The title’s also atrociously punny. Everything “goes to shit” for the King, if you’ll pardon my French.

Are there any authors whose work you find particularly inspiring or influential?

Well, Douglas Adams, as I’ve mentioned. Also, Kurt Vonnegut, Chuck Palahniuk, Stephen King, and Dave Eggers. But those four influenced the next novel much more than they did Royal Flush.

Taking Stock, my novel in the editing stages, is about Sheldon Mason, a reclusive writer who is about to kill himself when Sam, the man who lives above him, walks in. It’s the first time they’ve met, but Sam gets him help, and then puts in a good word for him at a local grocery store, where he’s hired. The workplace politics there are incredibly fraught, and Sheldon gets into drugs as he tries to navigate his new social life.

The working title for the novel I’ve just started is Air Earth, and it’s a humorous dystopia set in the far future about a society in which functional anarchy has ostensibly taken hold, but in fact corporations run the show even more than they do today. Life is so inconvenient in this society that everyone wants to get out, and instead of saving for retirement they save for a one-way plane ticket—a purchase that has grown extremely expensive.  One company, called Air Earth, has a monopoly on air travel.