Terry Murphy, author of Weekend in Weighton, discusses his book's characters and inspirations. Visit his website. 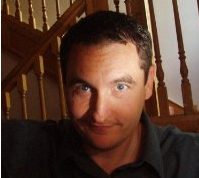 Weekend in Weighton is as much about the smart-mouthed Eddie G. as the mysteries. Which came first, the character or the plot?

The character came first, very much inspired by a film (of which more later). In fact there was no plot. Don’t do this at home folks, but I wrote the first three chapters without any pre-ordained storyline. Does it show? My only excuse is that I wrote it when I was a young man and in my ‘experimental phase.’ My original idea was to take a story to a point so convoluted that no plot could bring it back. It was always meant to be generic and tongue-in-cheek in any case. But I realised pretty quickly (around chapter four if you want the actuality!) that I needed a plot; that’s the moral to this opening question I suppose, so I’m on message for my American audience so far (I’m kidding!).

Were there any parts of Weekend in Weighton that you particularly enjoyed writing?

I first started writing WiW in 1994 and went back and finished it in 2011. In my first stint I really enjoyed writing the interplay between Eddie and Jimmy in the casino scene, especially with the distraction (for Eddie) of Jimmy’s two female companions. Some of the best lines in the book are in that scene (Chapter 10 in case it’s on your Kindle already).

Of the later stuff, I had great fun writing the big chase scene. Eddie’s duel with Tommy on the boat deck and (spoiler alert) his escape on the back of Diffy’s jet ski had even me holding my breath. Apparently that scene has already been ‘nicked’ for the next Bond film. Ain’t they stinkers?

What was the inspiration for Weekend in Weighton? How did it all begin?

I developed an interest in ‘spoof’ noir when I was younger (even now I remember the line from a TV sketch I saw once: “A tall lookin’ dame walked past the window. I knew she was tall, I was on the third floor.” Okay, I was young!). And I remember enjoying films like ‘Play It Again, Sam’ and ‘Gumshoe’, but I actually started writing WiW after watching, ‘The Adventures of Ford Fairlane’. He is the ultimate trash-talking, quip-a-second, brash private detective and I wanted Eddie to be an English version, but in a more prosaic, down-at-heel setting.

If you met Eddie at a bar, how do you think the two of you would get along?

It wouldn’t end well, would it? In real life I tend to follow Max Erhman’s advice and avoid ‘loud and vexatious’ types. And I’m not sure I’d be happy playing second fiddle to someone who was funnier than me. But at least Eddie’s been on a wine-tasting course (plug for chapter 7) so we might have something to talk about. Oh, yeah, we could also compare mountain bikes – although his Santa Cruz SuperLight sounds much better than mine.

If someone stuck you on a desert island and said, “write a book,” what would you have to have with you?

It would depend if the ‘someone’ followed up with, “and here’s your six figure advance, Mr Murphy.” Otherwise, I’d just go fishing. And I don’t even like fishing. Whatever I was doing, I’d need a laptop and wi-fi. After my family, I love my laptop most. Mind you, there are some family members I’d trade.

You mentioned that a lot of your inspirations come from films. What prompted you to choose a novel as your conduit of creativity rather than a screenplay?

I've written a screenplay and I enjoyed the experience—I love writing dialogue and sometimes it's nice not having to worry about the stuff in between, if you know what I mean. But as a medium it does have limitations and it is nigh impossible to reach an audience, which ultimately I think it is all about. And there is something very satisfying about telling the "whole" story, from start to finish.

I'd also miss the fun I have with word-play. A reviewer called it “literary pyrotechnics” and I think that is an apt description.

I tend to write as if I'm watching a film scene, though. Is that good or bad?

If you could cast anyone in the history of cinema and television for a movie version of Weekend in Weighton, who would you choose?

Crikey, that's a good question. I'd love to get the cast of The Magnificent Seven back together, but it wouldn't match the cast list for WiW too well, although Eli Wallach (Calvera) might make a great Jimmy.

When I was writing the character of Eddie I could hear an English actor called Adrian Lister saying his lines, but you probably won't have heard of him. An English actor you will have heard of that I'd cast is Michael Caine (his Alfie character comes to mind). Someone else suggested Bruce Willis (as in Moonlighting). Or a younger James Belushi would do a good job. And his madcap brother, John, would be a good fit for Diffy; or Will Ferrell. For Kate it would have to be Scarlett Johansson, sigh. Another English actor, Mark Strong would be superb as Jimmy (he was in the recent Sherlock Holmes film). I think I modeled Tommy on the Bond villain Jaws (Richard Kiel).

Who would you pick for Eddie?

For some reason, Max Greenfield, who plays Schmidt in the American comedy series “New Girl” comes to mind! What’s next for Eddie G.? Will he be solving more mysteries any time soon? Will any of the other characters in Weekend in Weighton be returning?

Going back to the moral of the first question (you see where I was going now?), I’m working upfront on a storyline for the sequel. But, yes, many of the characters will return (I’m thinking Diffy might even get his own spin-off series – can’t be worse than “Joey” can it?) and the story will unfold over a week, rather than a weekend. I’m also thinking about taking Eddie on the road, to a different location, maybe. I hear the ‘Garden State’ is nice? And Eddie’s a big Springsteen fan. Or maybe Tennessee; Eddie loves Elvis, too. Uh huh.

AUDIENCE QUESTION: Just curious... Where did Terry get the name Weighton from?


The simple answer is that I just made it up. I knew the story would take place over a weekend and be set in a fictional town, so to get some alliteration going I started to think of place names that sounded familiar and began with ‘w’. I think I looked at the index of place names in my UK map book [no Google back then!] and started combining them. At some point ‘Weighton’ was born - it sounded right and it stuck!

There is a real place in England called ‘Market Weighton’ [it’s in Yorkshire] but I don’t think that entered my mind at the time.

Sorry, it wasn’t a blindfold and a pin!