An interview with author Libby Heily. 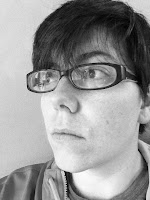 Absolutely I can!  I wrote really bad poems as a kid but mostly I spent my time reading.  In college, I studied acting but it never felt quite right.  During my sophomore year I started tinkering with an idea I had for a play.  I completed my first play by the end of that year and that’s where my writing career began.  I wrote a lot of plays and then screenplays and I finally turned to fiction in my late twenties.

I grew up in a chaotic house full of people.  Reading and watching TV were my two escapes.  It didn’t take long for me to start building my own worlds instead of just living in other people’s creations.

My husband thought I was depressed after he read my first book, Tough Girl.  I wanted to write something happy and uplifting and I immediately came up with the name “Grape Merriweather”.  Everything else spiraled from there.

Oh, you are not shy about asking the tough questions!  I really like them all but one character who only crops up in one scene is Betty, the local community theater actress.  She takes her amateur career very seriously, committing fully to each and every role.  Her day job is waiting tables at Bill Buck’s Steakhouse and she spends twenty minutes every night getting into character.  I just love her.  She comes back in the second book. ;)

There are so many I like.  One that I particularly enjoy is a scene between Grape and Graeson, a boy at school who has a crush on her and goes about wooing her the exact wrong way.  His first attempt is to serenade her outside her house late at night.  He thinks it’s romantic but it comes across as creepy.  Grape is not one to mess around, so she threatens him with a lawn chair.  The scene is pretty funny and goofy and I just love it.

Having finished.  The process can be fun but painful and I am a multi-drafter and hard to satisfy.  Once the project is complete and ready to go, that’s the best feeling in the world.

Between one and two years.  I do a lot of pre-writing in a notebook.  I go over ideas, plots, scenes, character work, etc.  I then create a plot outline and go for it, but I leave a lot of room for creativity.

I like writing for younger audiences and in the spec fic realm because it unleashes the imagination.  I enjoy contemporary fiction as well but there is something freeing about embracing genres.

Short Answer: Virginia Woolfe, August Strindberg, Brocke Clarke, Terry Pratchett, Muriel Spark, Harold Pinter and Eugene O’Neill.
Long Answer: Virginia Woolfe’s experimentation and exceptional grasp of language constantly floors me. I first encountered August Strindberg in college when I read his “A Dream Play.” I was immediately hooked. I delved for a bit into other expressionist playwrights but Strindberg was always my favorite. Brock Clarke is just fantastic. I haven’t read a book of his yet that I haven’t loved. Terry Pratchett’s Discworld novels are fun and sly. I love how he mixes humor and satire while constantly world building. Muriel Spark is devilishly dark in her work but also stark and honest. The Driver’s Seat is the closest a book has ever come to changing my life. Harold Pinter was another college encounter. My entire vision of theater changed when I watched “The Dumb Waiter” my freshman year. Above all, perhaps, I respect Eugene O’Neill. I love fearless writers who constantly experiment and I think O’Neill embraced that fearlessness better than most. His plays run the gamut from natural to exppressionistic. Did he fail? Sometimes, yes. But when he succeeded...damn.

Absolutely.  That’s one of the best parts about writing.  In this book, I didn’t plan for several characters, they kind of just happened.  One is named Milly.  I think you’ll find her intriguing.

Please send a cover photo, author photo, and any website/purchase/social media links along with your answers. Thank you! 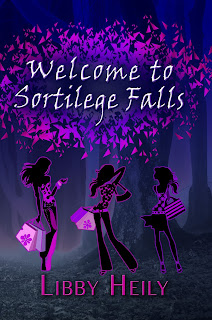 Sixteen-year-old Grape Merriweather has just moved to Sortilege Falls and already she knows something isn't right. A small pack of teenage models, too beautiful for words, holds the town in their sway. The models have no plans on making Grape's life easy. But no matter how cruel they are to Grape and the other “Normals”, no one can stay angry with them for long.

Grape's life changes for the better, or so she thinks, when Mandy, the only “nice” model, befriends her. But that’s when the trouble truly begins. Mandy's friendship places Grape smack in the middle of a medical mystery that has the entire town on edge. One by one, the models fall ill from an incurable disease. Grape quickly realizes that the models' parents are hiding a secret, even as they watch their children die. To save her only friend, Grape will have to find the truth–and that means putting her life in danger.

ABOUT THE AUTHOR
Libby Heily began writing after spending years as an obsessive reader. She's written plays, screenplays, flash fiction, short stories, and novels. Libby studied Acting and Playwriting at Longwood College and Film Production at the Seattle Film Institute. When not spending time in made up places with invisible friends, she enjoys reading, running, hiking and performing improv in Raleigh, NC.