It's cover reveal day for Wayward Stars, the sequel to my award-winning YA sci-fi novel, Starswept! Coming February 26, 2019 from Snowy Wings Publishing! The cover features photography by Roberto Falck, with graphic design by Streetlight Graphics!

And now, without further ado... 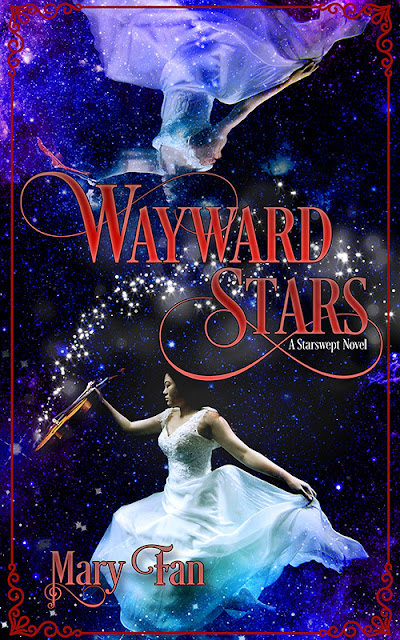 Isn't it awesome?? It's one of the shots from that epic underwater photo shoot we did for the Starswept cover back in January 2017. In case you missed it, here's a behind-the-scenes video from the photographer:

This time around, I wanted the lighting on the cover to be slightly more ominous to reflect the growing dangers Iris must face in her journey across the stars. For the hardcover version, that will be red foil on the lettering and frame...

Below is the book's description!

[Warning: Since Wayward Stars is a sequel, the book’s description may spoil some plot points for the first book in the series, Starswept.]

Sing your truth. Defend your dream. Defy your stars. A month has passed since Iris joined an underground rebel group to save Dámiul from the brutal prison he was sent to for fighting back against his world’s oppressive system. Here, conformity and compliance are enforced through telepathy, and Earthling performers are brainwashed into absolute obedience. Word of a merciless crackdown on those who sympathize with their cause leaves both Iris and Dámiul yearning for action. Determined to liberate her kind, Iris volunteers to return to her former patrons and covertly recruit supporters. A raid on their hideout catapults her plan into action sooner than expected and forces her to leave Dámiul behind. After persuading the authorities that she’d been telepathically manipulated into helping him, Iris assumes the role of a dutiful musician while secretly spreading whispers of a possible uprising among her fellow performers. But the authorities always seem to be one step ahead, and anyone who defies them is swiftly mind-wiped. Soon, Iris is forced to confront a horrifying fact: there’s a traitor among them. Desperately clinging to her cover, she races to find out who before her true loyalties are discovered—and the search leads her to an unthinkable answer.

Add it on Goodreads: https://www.goodreads.com/book/show/36177820-wayward-stars

And here are the two side-by-side!! Don't they look good together? 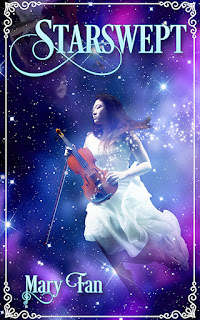 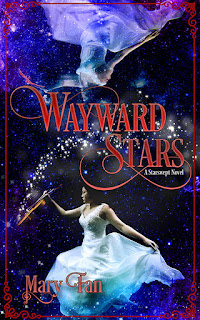 Hey y'all! Been a while since I wrote anything on here, so I thought I'd drop in and say how things are going, writing-wise.

Though before I start, I can't not mention how utterly THRILLED I was to have watched TWO rom coms in one week starring Asian American heroines!!


Both were super awesome in different ways... Crazy Rich Asians was a lavishly produced Hollywood affair full of glitz and high society drama, and To All the Boys I've Loved Before was an adorable and sweet teen movie. Both were deliciously trope-y in the best possible way... CRA with its fish-out-of-water tale and classic rom com moments (spoiler - highlight to read: OMG WE GOT THE AIRPORT SCENE!!! ME AND MY FELLOW ROM-COM-LOVING FRIEND WERE SQUEALING!! WE GOT THE DAMN AIRPORT SCENE!!!), and TATBILB with its fake-relationship-to-real-relationship set-up, also full of classic moments.


OH, and I found it interesting/irritating/unsurprising that both Lara Jean of TATBILB and Rachel of CRA would have been whitewashed if certain producers had their way. "Why must they be Asian American? There's nothing Asian about their stories!" Okay, the second half of that is stupid and false -- Asian Americans are Asians, for crying out loud. But I can see why they'd think that. Neither Rachel nor Lara Jean spends a whole lot of time dealing with their specific Asian-ness. Lara Jean has her Korean snacks and face masks, and Rachel delves a little deeper with her worries about not being "Asian enough" for her wealthy Singaporean boyfriend's family, but I *suppose* both stories could *technically* have been written about white women based on plot alone. HOWEVER, the very fact that it's their American-ness, rather than their Asian-ness, that grounds their characters makes their stories all the better for Asian American representation. Too often we're expected to somehow Asian it up for the white gaze... It was awesome getting to see two Asian American heroines to simply be. No mystical connections to ancient Asian magic or whatever...

Okay, so that veered off topic! Wellp, now that I'm done gushing over Kevin Kwan and Jenny Han's Asian heroines, let me talk about my own!

STRONGER THAN A BRONZE DRAGON (aka STABD - hah! Get it? Stab'd? #AmDork), as y'all may know, is slated for release in June 2019! After two rounds of developmental edits, the book went into copy-editing at the beginning of this month. I turned in the latest round of revisions a few weeks ago... hopefully that means the manuscript is just about done! Meanwhile, I've seen an almost-final draft of the cover, and it is AMAZING!! Can't wait to share it -- I'm bursting already! This time last year, I hadn't even started querying the book yet... and this time the year before, I had no clue I was even going to write it. I've grown so used to the glacial pace of publishing that this feels fast to me...

Speakings that take so long, they might as well be written in Ent-ish, WAYWARD STARS, the sequel to STARSWEPT, is currently in revisions (and I'll be revealing the cover next week!). Since I'm self-publishing that one with the Snowy Wings Press co-op, I get to be a little more flexible with the timing. Right now, I'm targeting February 2019. This one's been a long time coming... I wrote the original draft of STARSWEPT way back in 2013 and wasn't sure if I'd do a sequel (I left room for one, but was hoping to get a trad deal and wasn't sure if that would include sequels). But I had an idea for one even then... but didn't write it until four and a half years later, after STARSWEPT had been through the trad submissions wringer. Anyway, it was a little weird returning to that universe after so much time, but I think the sequel is shaping up nicely...

Meanwhile, my agent will be sending my new (well, new to him) manuscript MIDNIGHT SWAN out on submission soon *gulp*. That's another one that's been a long time coming... I wrote the first draft in 2015, put it through a year of self-edits, sent it to my then-agent, got rejected, shelved it for another year while I wallowed in self pity (and worked on STABD), put it through even more self-edits, then sent it to my current agent, who fortunately likes it better than my last one did. I have no clue how submissions will go, but a gal can hope, right?

Never one to sit idly, I'm also working on a shiny new manuscript: a full-length origins story for my crime-solving space gals, bio-engineering apprentice Chevonne Watson and sentient android Sherlock. Y'all may recognize them from my short stories. Tentatively titled PROJECT SHERLOCK, this one depicts how the two met and solved their first crime together - my Study in Scarlet. I have a *very rough* first draft, which is going to my critique group.

Also coming soon: A short story for the next Crazy 8 Press anthology (Theme: pulp fiction, and I picked Western, because the Wild, Wild West is fun), a fourth BRAVE NEW GIRLS anthology (slated for next summer), for which I will be writing a sci-fi short story (I have a vague idea), and maybe, possibly, a horror novella. Yup, you heard that right. I'm delving into the dark side. Again, I have a vague idea... hopefully I can pull it off.

And that's where I'm at so far! Stay tuned for the WAYWARD STARS cover reveal!
Posted by Mary Fan at 8:42 PM No comments: